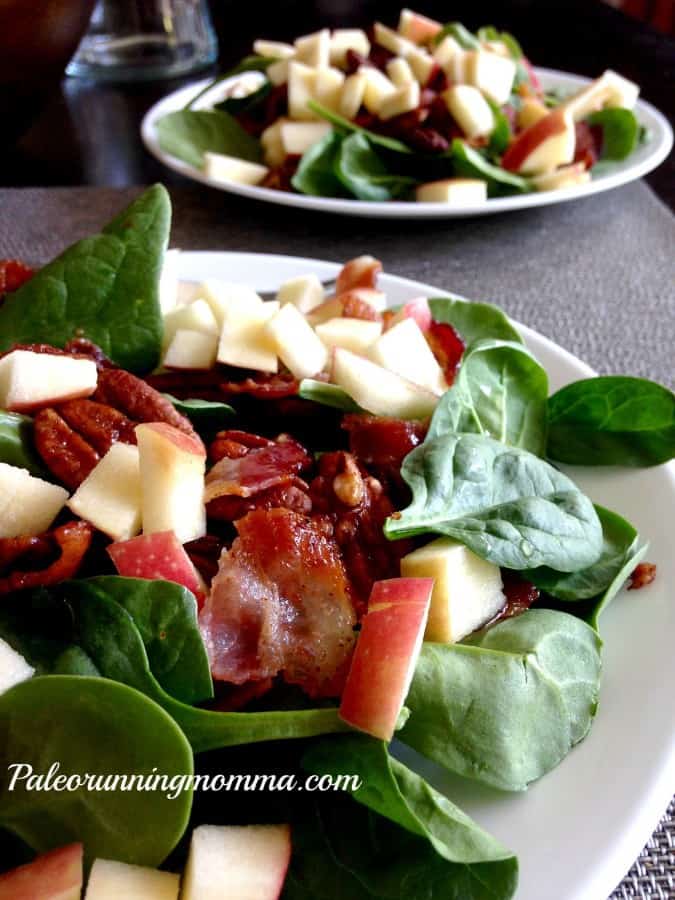 Don’t hate me because I put bacon in everything.  Just kidding.  Hate me because I haven’t yet worked up the nerve to put it in cookies, yet.  As much as I love it, I hesitate to just stick bacon in cookies or brownies and pray. Thoughts? Bacon and apples though, that’s my jam.  My bacon jam (another thing I haven’t made yet, oh well.) I’ve been hanging on to this salad recipe for a couple of weeks now waiting for the right time to post it.  The pumpkins are getting all the “spice” this season already, but I like to give apples the love they deserve as well.  I’ll even forgive them for being high FODMAP and thus difficult for me to digest – I do make exceptions for things like awesome salads and apple crisp! 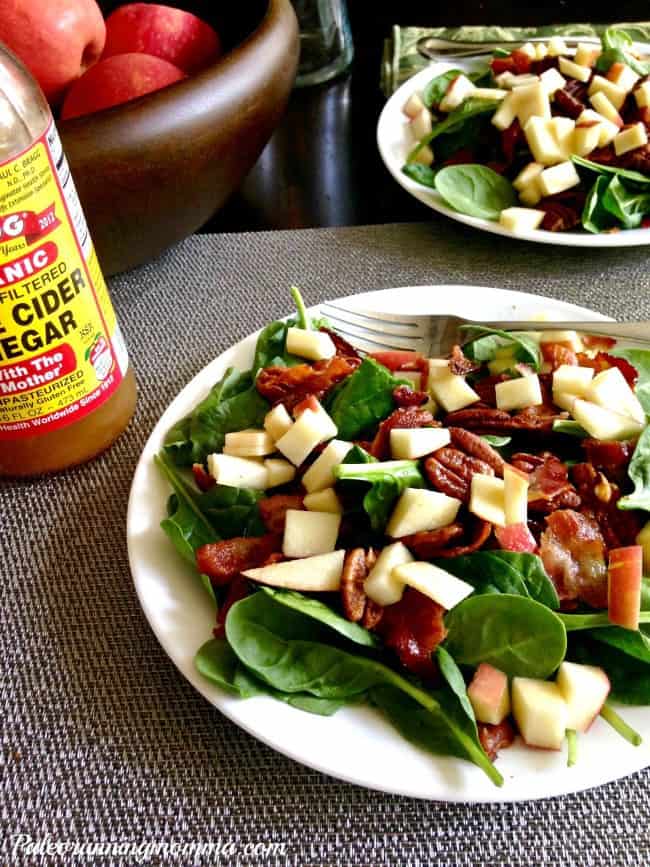 Anyway, thanks to my sick day and subsequent missing race recap (that I’d tentatively scheduled in my head for today), now’s the time. I’ve been wanting to try out candy-coating pecans by roasting them with a bit of coconut oil and sugar, but then I also wanted to put them in something.  I’m not big on snacking on nuts alone, but I love them in salads! If you were ever in a situation where you were wagering money on what I’d order at practically any restaurant (because that could happen), you’d be safe with any salad involving walnuts or pecans.  Bonus if they’re coated in something sweet!  Double bonus if there’s goat cheese involved, triple if there’s bacon. So, I decided to make my own version of every beloved restaurant nut-salad.  Gee that sounds appetizing, but really, it is.  Candied pecans with pink lady apples, spinach, bacon, and an apple cider vinaigrette.  This one even your kids will not mind picking at – true story – Diana decided she liked spinach after trying this.  I guess she never had spinach with bacon?  And I’m calling myself a Paleo Momma? And, for the sake of full disclosure – I have to tell you I threw avocado on mine after I took the pictures, because I was hungry.   Hunger will often demand avocado on a salad, so feel free 🙂 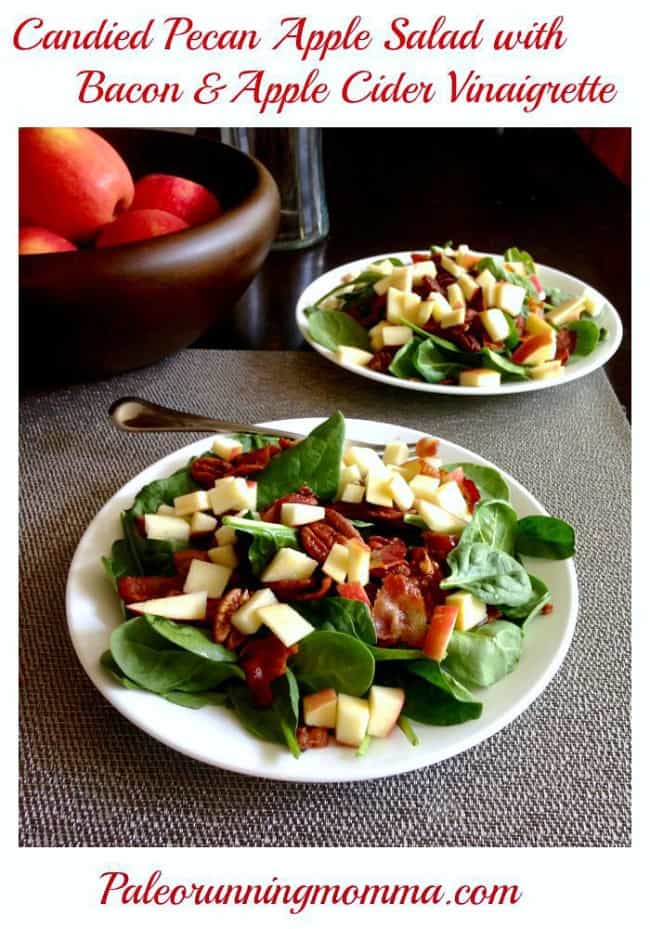 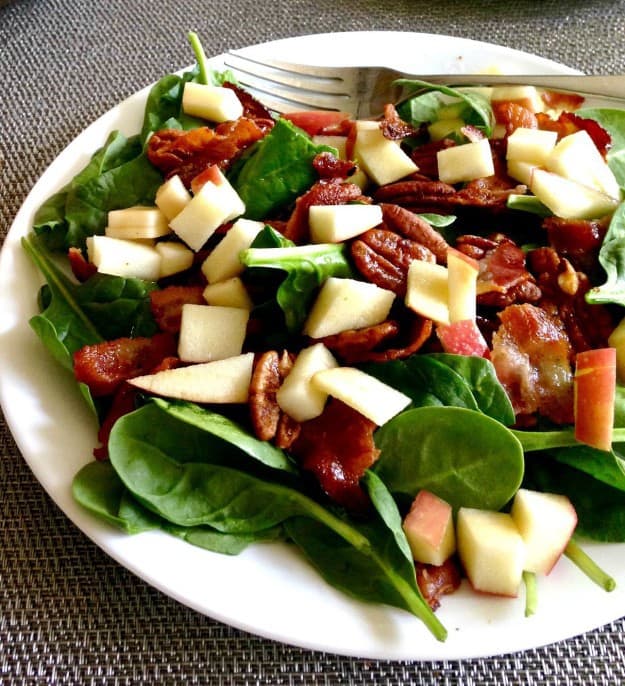 And wait!  Before you go, you MUST check out my interview today with Meredith in her post about fueling strategies for runners.   Oddly enough, as much as I talk about and show you my food on this blog, I haven’t specifically written concisely about the specifics of my own strategy for fueling!

Now a couple of fun questions for you: If someone had to bet on a menu item you’d order at nearly any restaurant, what would it be? What’s your current favorite apple recipe? Here are a few favorites of mine to check out if you haven’t already! 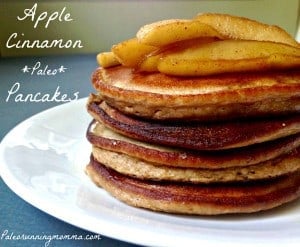