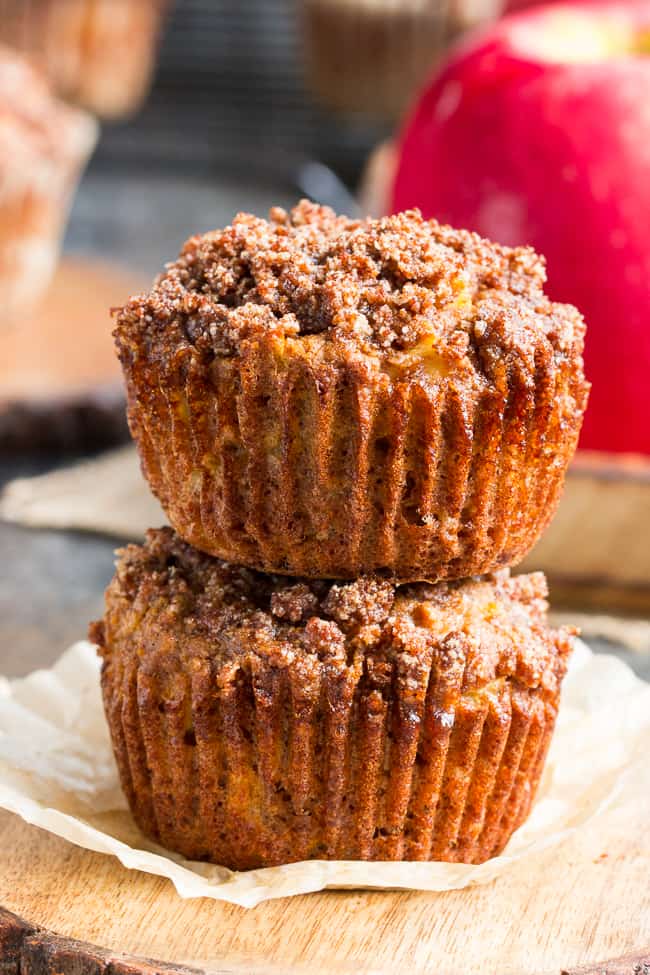 Have you gone apple picking yet?!   I have not.   When the kids were babies, it wasn’t hard to “schedule” in apple picking as soon as September rolled around.  In fact, there were years I went twice, if only to have some sort of activity to get us all out of the house with strollers, diapers, and all that other jazz in tow.

It sort of amazes me now that I went through all that trouble for apple picking, because now (and since the kids have been school-age) it stresses me out just trying to find a free day to apple pick before October slaps me in the face and the apples are gone.

Between birthday parties, friend/family get-togethers and other random stuff that I can’t even pinpoint, apple picking has been demoted way down on the priority list. 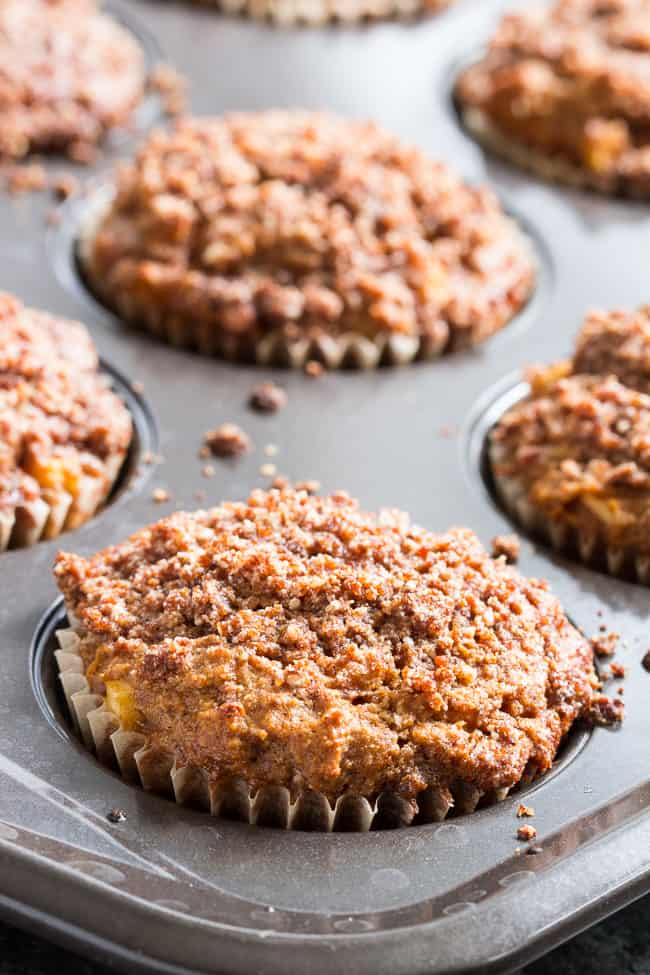 The apple picking struggle is real, here, as I’m sitting here making mental calculations of how many chances we even have before the month is over.  And hasn’t it only just begun?!

I mean, if my calculations are correct, and assuming my mind isn’t completely gone, wasn’t it just Labor Day Weekend?  It definitely doesn’t help that I’ve been testing apple recipes for a solid month and a half now (eek!) and pumpkin ones for almost as long.  I want my FALL back!! 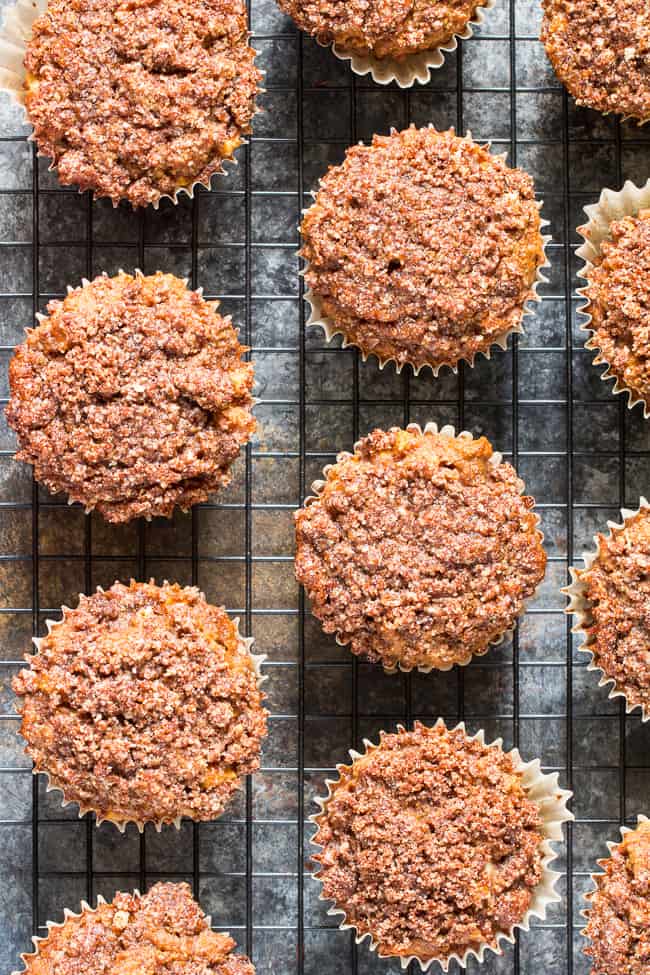 Anyway, let’s slow down, savor the moment, and also savor the flavor of these paleo apple muffins.   Yes I’m 100% aware that my last sentence sounded silly.  Would sava-the-flava be better?  No, no again, and nope, it would not.

Of course now I’ll be saying all day since I made such a big deal of it.  But anyway, the muffins!  Apple muffins are a must-make in the fall, whether you pick your own apples or not.  I oddly did not have a paleo version until just now, even though I had lots of other apple recipes on the blog.  Now, forgive me as I channel Bubba (Forest Gump) and list a few: 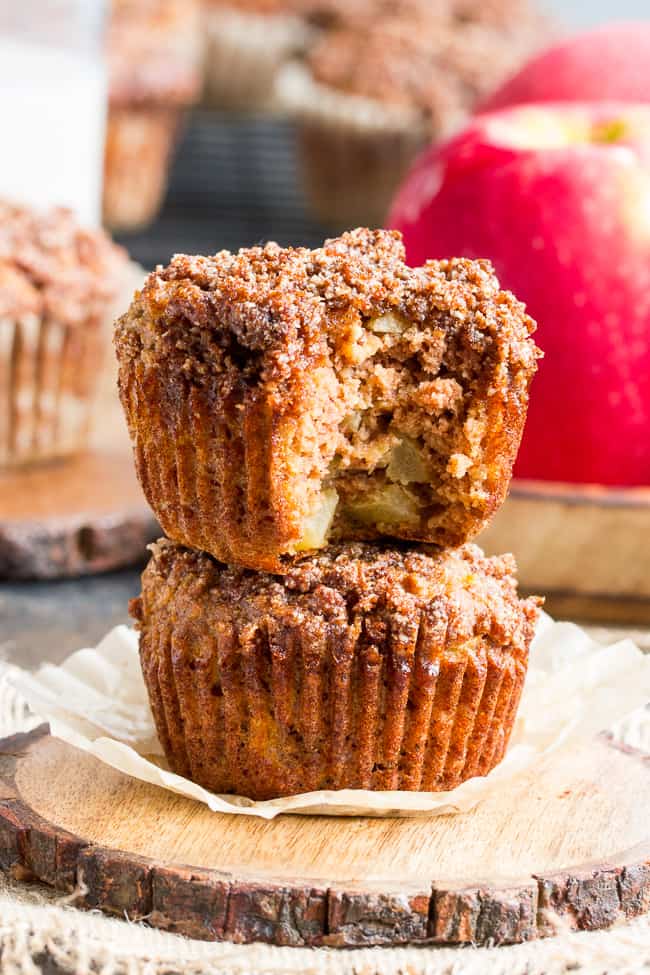 So here we have it – classic apple muffins with a delicious cinnamon crumb topping that also happen to be grain free, dairy free, and paleo.

The muffins are moist and tender, thanks to doubling up on the apples (shredded and diced!) and they’re packed with all that spicy sweet fall flavor we love.   You won’t want to say no to this!  And, since they’re easy to make and actually good for you, it’s all YES for these paleo apple muffins! 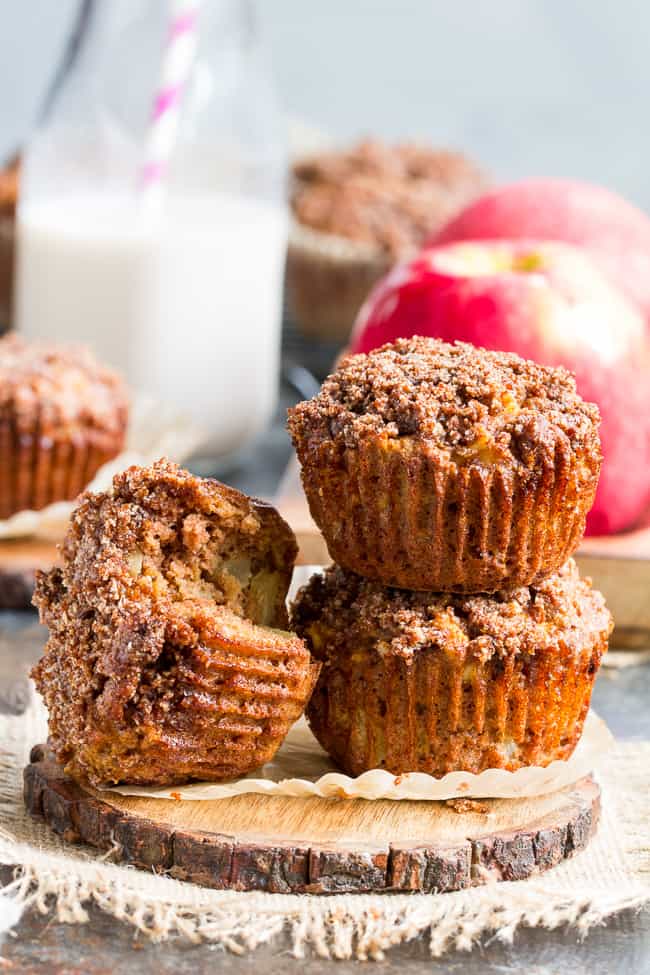 One note on the coconut oil I used for this recipe (and for most of my baking recipes.)  I usually stick with organic refined coconut oil for baking, as opposed to extra virgin, since refined is 100% flavorless, so you don’t get that “weird paleo taste” that kids and non-paleo eaters will tend the notice before they even take a bite.

I, personally, don’t mind the taste of coconut in nearly anything, but, for many of you feeding kids and other family members who are new to paleo, going with the refined coconut oil ensures you minimize coconut flavor and allow the other flavors to shine through.

That said, if you’d prefer to stick to extra virgin, it will work just fine!  Are you ready to bake?  Let’s go! 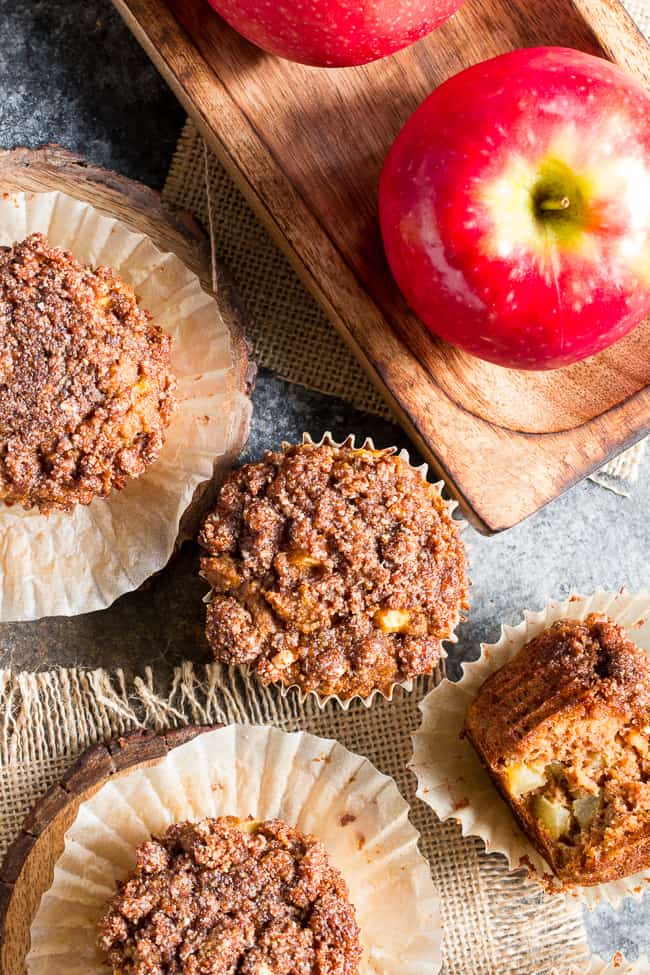 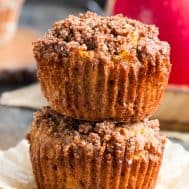 Print this Recipe
Did you make this recipe?
Leave a review
4.7 from 62 votes

What I Used To Make My Paleo Apple Muffins with Crumb Topping:

Want More Paleo apple recipes?  Try one of these!

Sautéed Apples and Pears with Coconut Butter {No added sugar}

Do you go apple picking every year?  First thing you make after?