Hearty, perfectly sweet and spiced Cinnamon Raisin Paleo Breakfast Bread is great alone or toasted with your favorite butter or nut butter.  You don’t have to miss bread at breakfast with this grain free, dairy free, healthy and hearty Paleo cinnamon raisin bread! 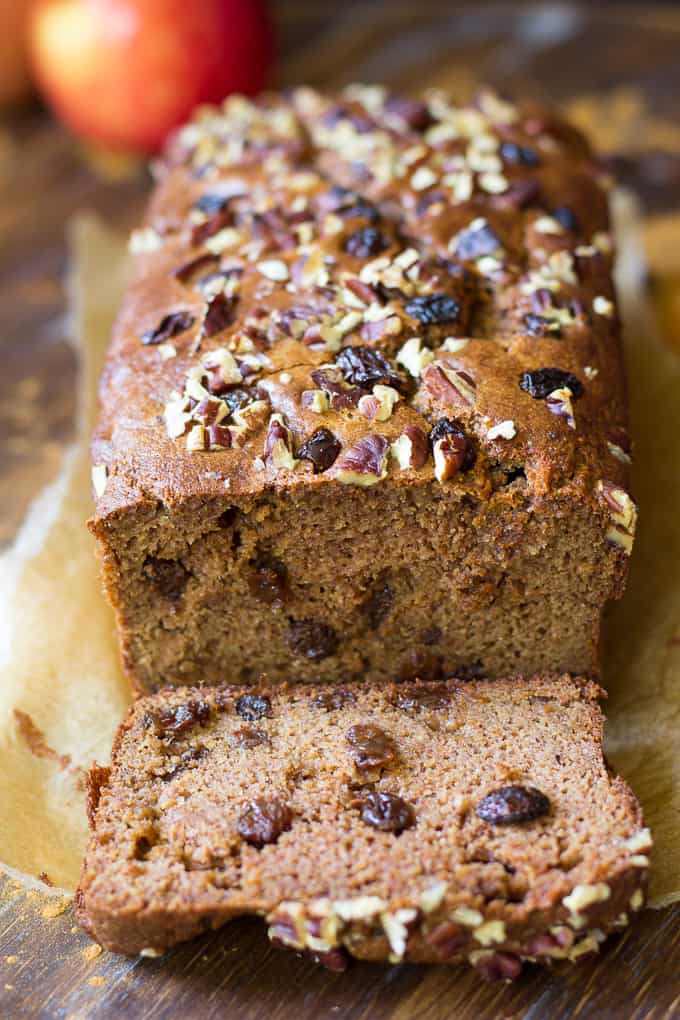 Does anyone NOT have beautifully fond memories of cinnamon raisin bread?

And the cinnamon, raisins, and butter if you’re so inclined.  This Paleo cinnamon raisin breakfast bread is hearty, awesome toasted, but pretty perfect on its own. 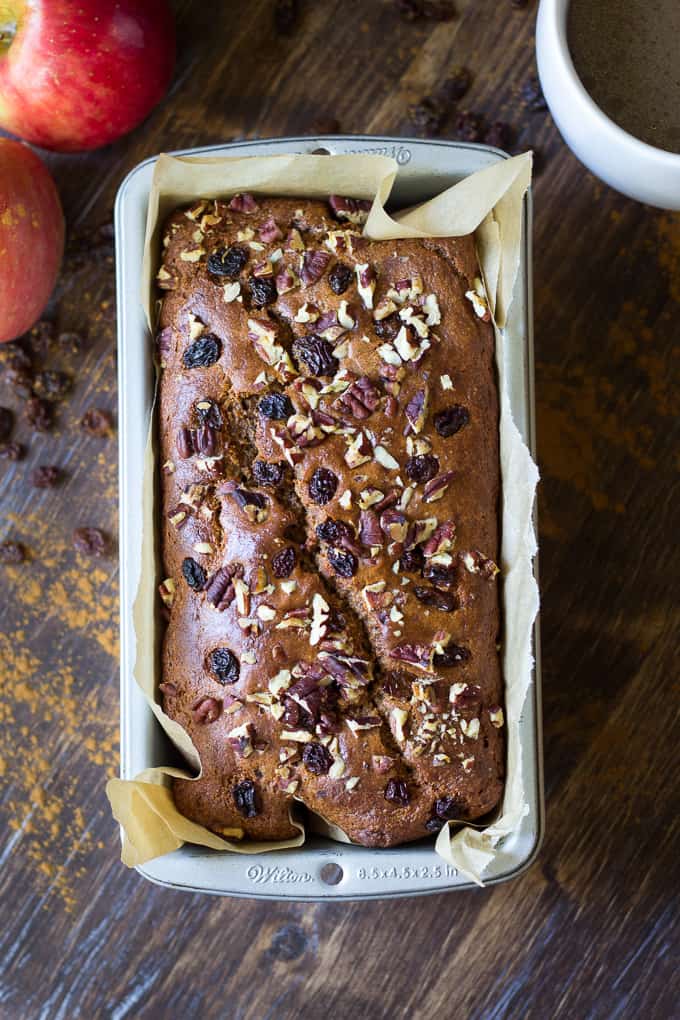 Baking with Applesauce Instead of Oil

Wanna know something exciting yet actually not so exciting?  Of course you do!  That is basically my entire blog summed up.  Anyway, this is the first time I’ve baked with applesauce, um, EVER!

So weird, right?  I never bought into the whole “applesauce to replace oil” movement and baking with bananas always seemed more attractive to me.  As it turns out, the applesauce in this recipe surprised me in a more than pleasant sort of way.  I’m sure the almond butter didn’t hurt either, but does it ever? 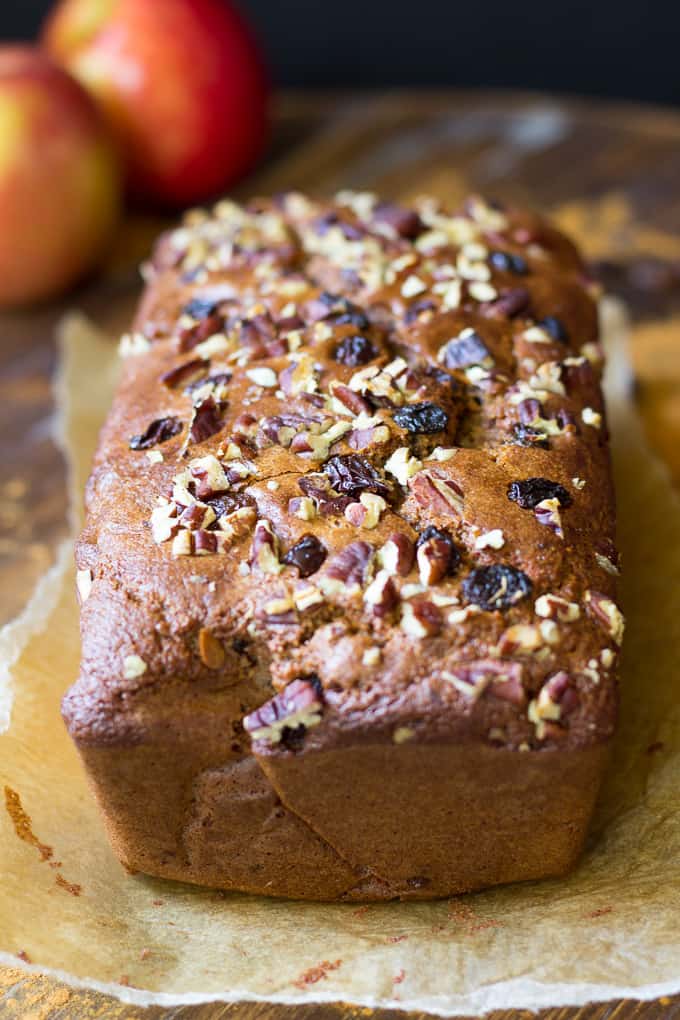 What Does Applesauce Do for Baking?

Not only does the applesauce replace the oil in this easy Paleo breakfast bread recipe, it also adds nutritious fiber and a delicious subtle taste.

Plus, just like baking with oil, baking with applesauce keeps baked goods extra moist – a necessity for a good loaf of cinnamon raisin bread!

How to Make Cinnamon Raisin Bread

Step 1. Whisk together the wet ingredients in a large bowl.

Step 2. Combine all of the dry ingredients in a separate bowl.

Step 3. Add the dry ingredients to the wet ingredients and stir them until just combined. Be sure not to over-mix the batter, so that your bread rises and doesn’t become too dense.

Step 4. Fold in the raisins and pour the batter into a prepared loaf pan. Bake at 350 degrees for 50-60 minutes.

Step 5. Remove from the oven, allow to cool on a rack, then slice and enjoy! 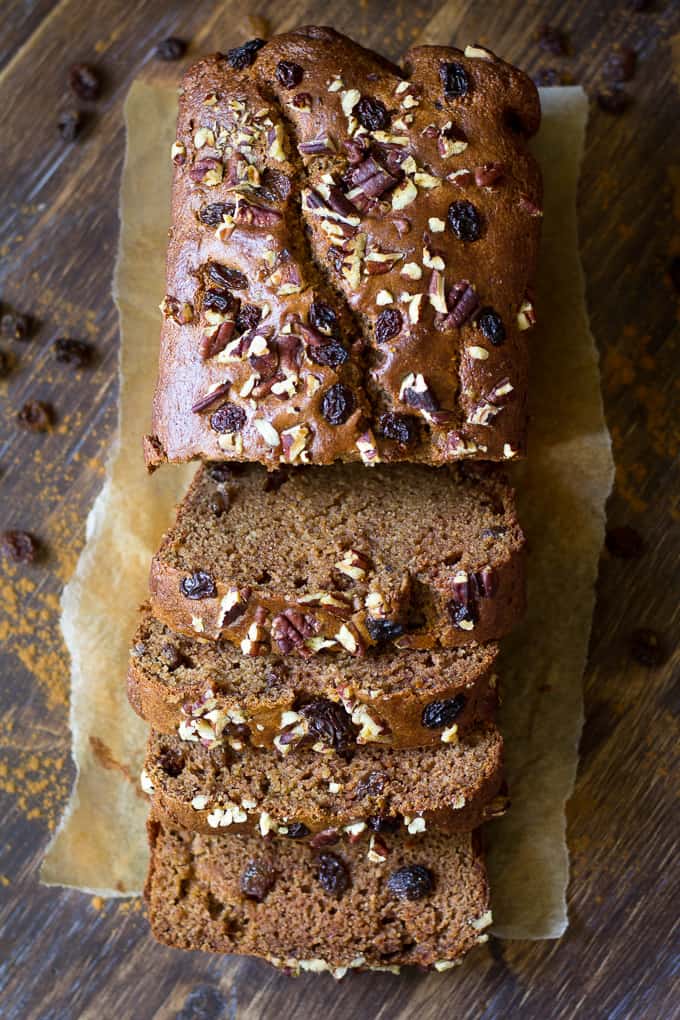 How to Serve Cinnamon Raisin Bread

-Spread a slice with Kerrygold butter and chow down

–Turn it into a French toast bake

The possibilities are endless! The moment this almond flour bread came out of the oven – before I sliced it, even before I put it on the cooling rack – I knew it was special!  And I was seriously right! 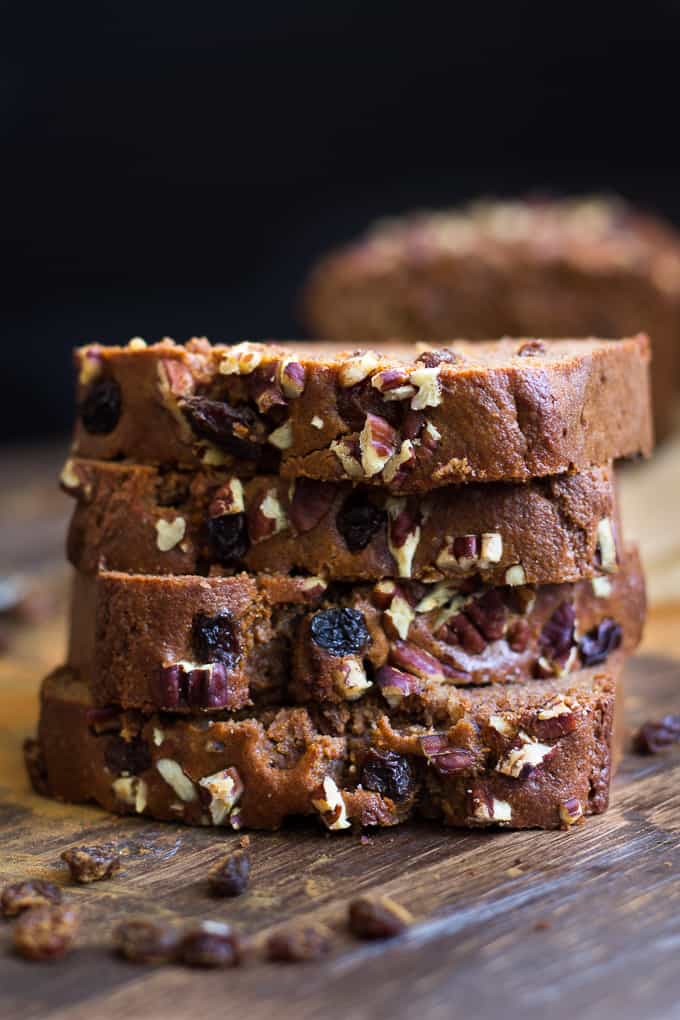 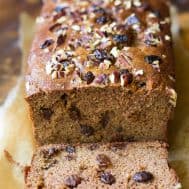 Print this Recipe
Did you make this recipe?
Leave a review
4.56 from 38 votes

Want more delicious Paleo breakfast breads?  Try one of these!

If you’re from the NY area do you ever mourn bagels?  (Might be the one food I’d agree to get sick on)