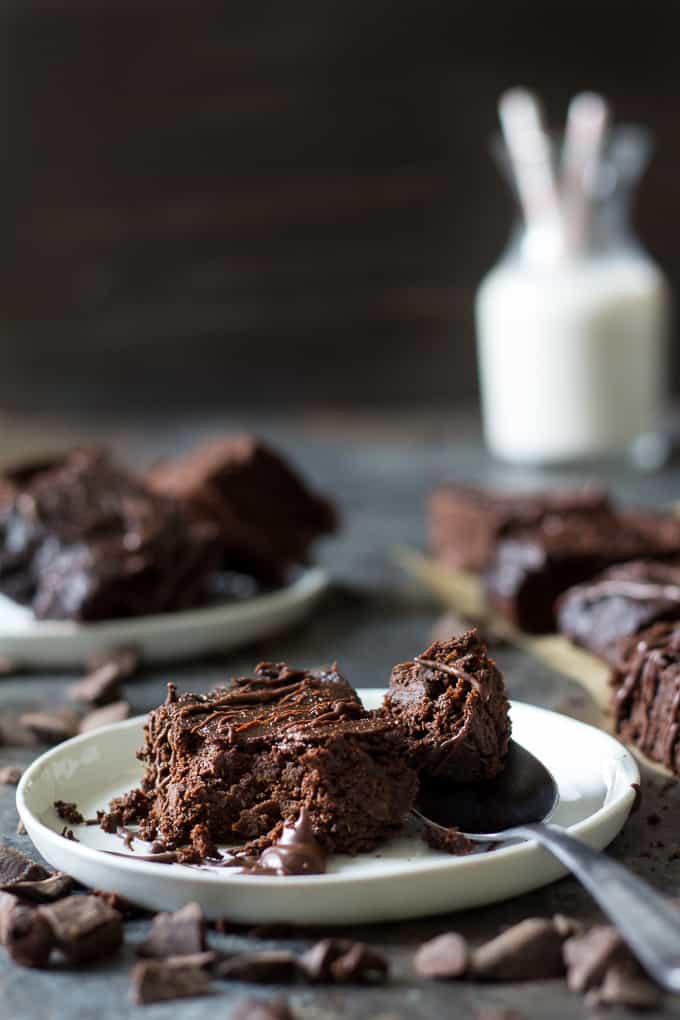 There is something about brownies that brings out my inner “keep-adding-chocolate” urge.  As in, I literally do not have the discipline to STOP adding different types of chocolate to my brownie recipes.

Whether it’s an extra fudge layer on top, caramel frosting with chocolate chunks (holla!) or my triple  chocolate pumpkin ones with 85% dark chocolate thrown into the batter, um, just because.  I just can’t stop! 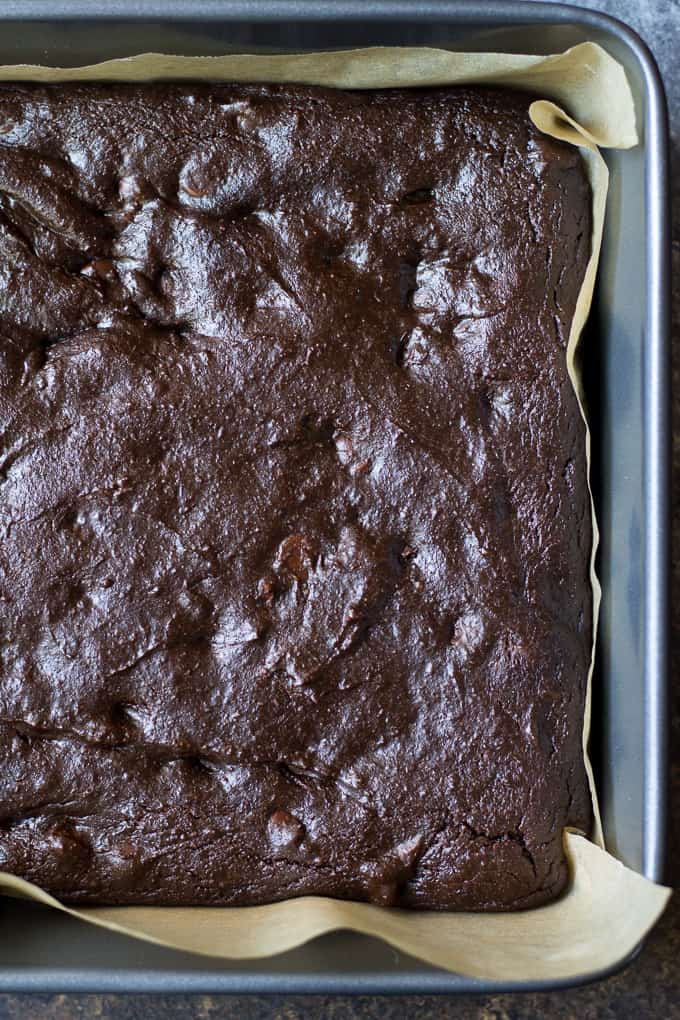 I think it’s actually very simple – you cannot mess up brownies by adding TOO MUCH chocolate – they only get fudgier, richer, and chocolate-ier, which I suspect is what you want if you’re making brownies to begin with.

I don’t typically hang out with chocolate haters (we can still be friends, but, just saying.)  Even still, I can’t imagine hearing a person say, after biting into a rich fudgy brownie “these brownies are okay, but, I dunno, too much rich chocolate flavor.” No.  People don’t say things like that after biting into a brownie. 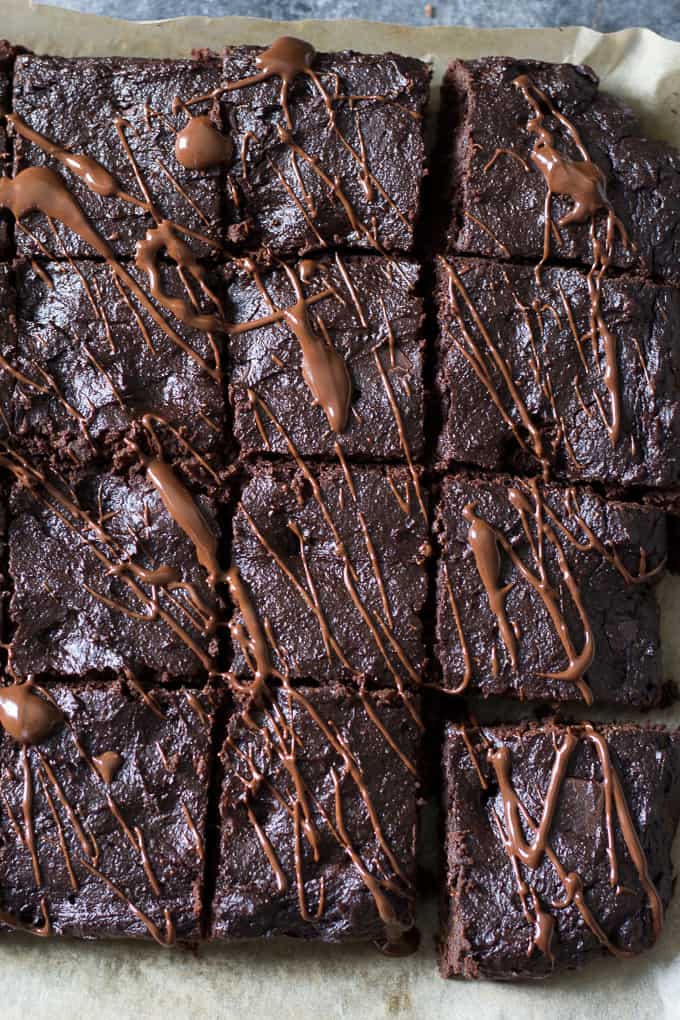 Much like pumpkin brownies, the sweet potato only adds to the texture, and, of course provides some natural sweetness and other good things!  Good things like vitamins, fiber, and healthy, “real-food” carbs. 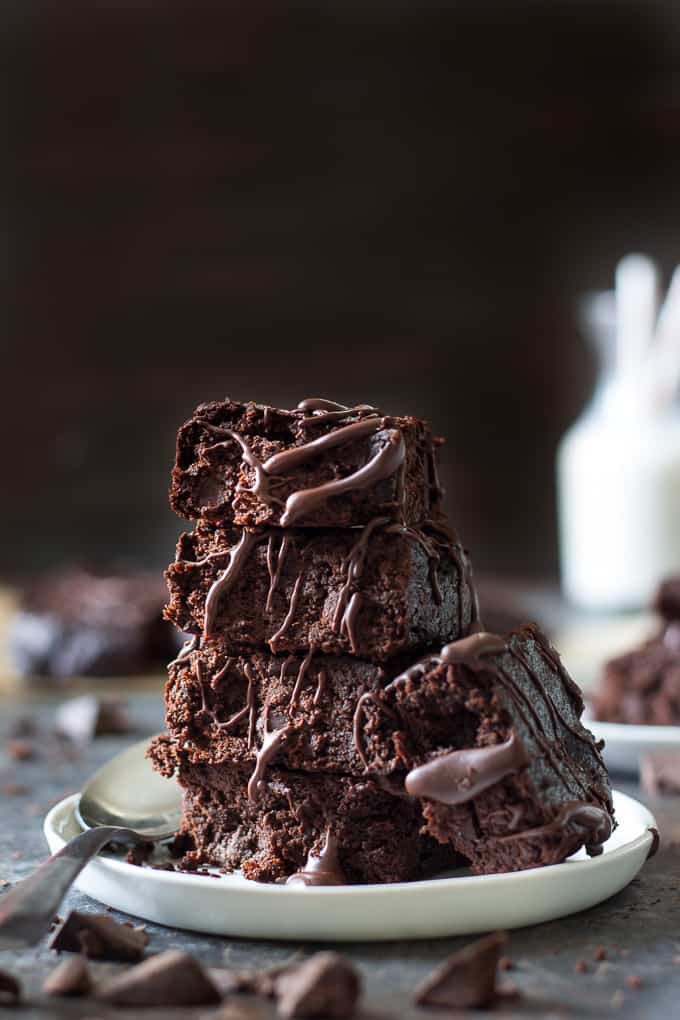 But, maybe you can’t totally trust me on the whole “you can’t taste the sweet potato” because I’m so far gone into Paleo eating that I wouldn’t know the difference.  Totally valid point – sweet potato is all I know of life some days, or something.

BUT my picky and (sometimes) gluten + sugar-eating children and husband went wild for these brownies too – I wound up making 2 batches in a week because they were such a hit.  My middle daughter Emily legit said “these are the best brownies I’ve ever had.”

I will say that she tends to live in the moment, so take it with a grain of salt, but, at least in that moment she believed they were the best.  And, she actually cannot stand sweet potato otherwise. 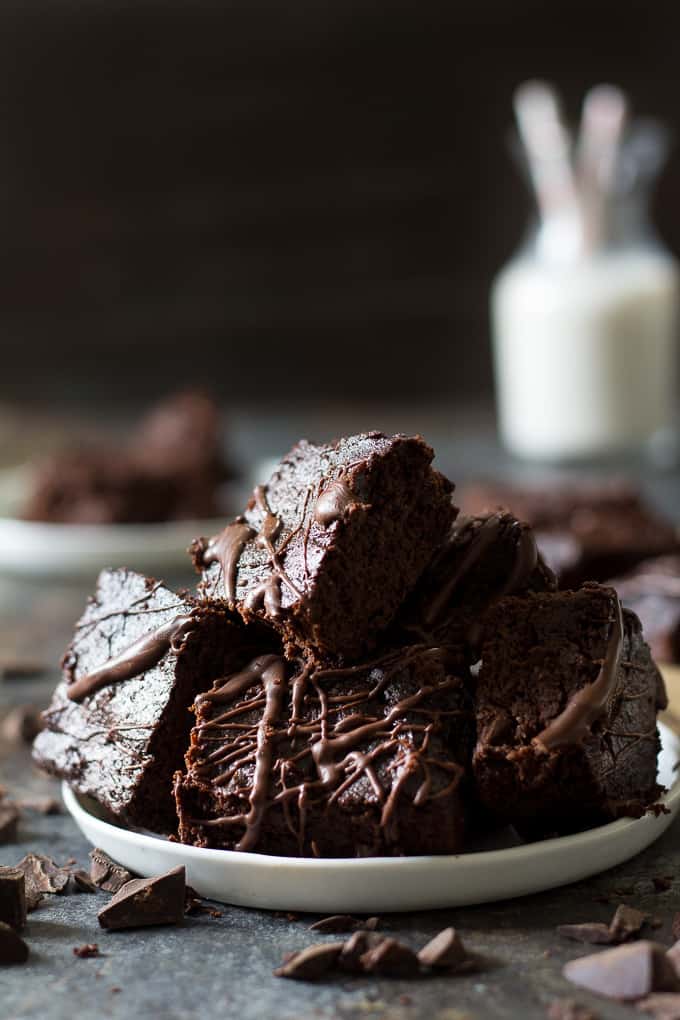 For the sweet potato mash/puree in these, I simply wrapped a sweet potato in foil and baked until soft, then scooped out the inside and mashed it well.   If you want to go super easy, you can purchase organic canned sweet potato and it will work just fine for the brownies!

One other note – make sure you allow these brownies to cool completely before slicing, since all the melted chocolate will make them very gooey before they’re totally cooled.  You can always stick them in the fridge or freezer to speed up the cooling!  Now let’s start baking… 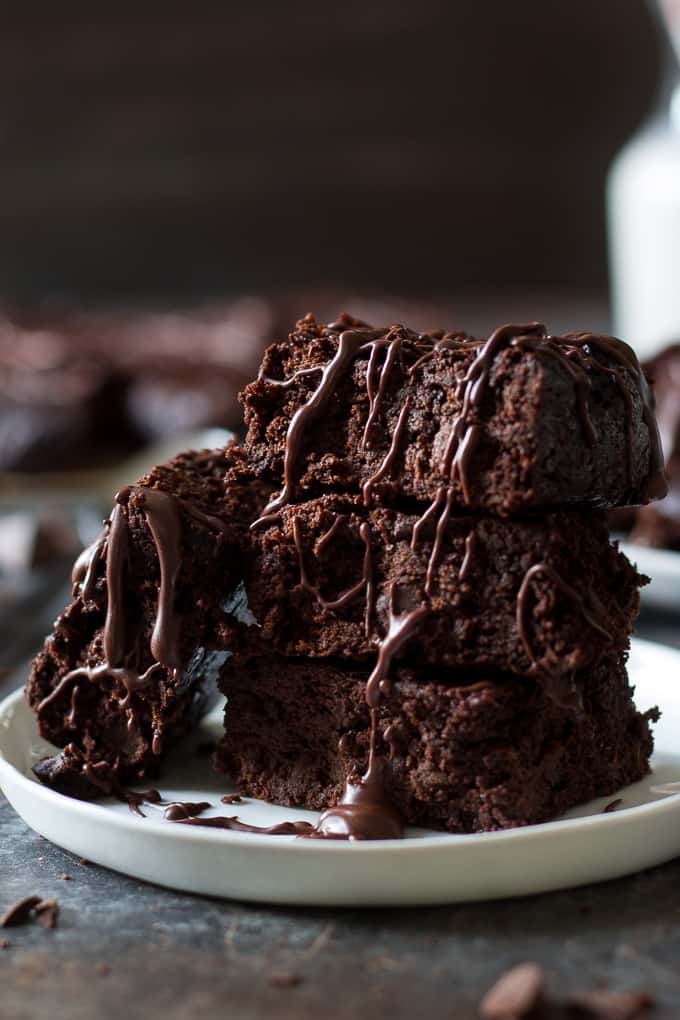 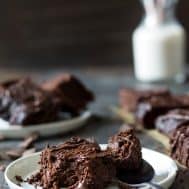 Print this Recipe
Did you make this recipe?
Leave a review
4.67 from 42 votes

*I baked a sweet potato the day before making these and scooped out the inside, you can do this, or you can use canned organic sweet potato puree.
**I love Enjoy Life brand dark chocolate morsels for a soy free, dairy free option.
***I used this 8" metal cake pan - metal is preferable to glass for best results.

Want more Paleo brownie recipes?  Try one of these!

Paleo brownies on the web:

What’s something no one would ever say after biting into a brownie?

Do you like chocolate chips/chunks added to brownies?  Other favorite brownie add-ins?