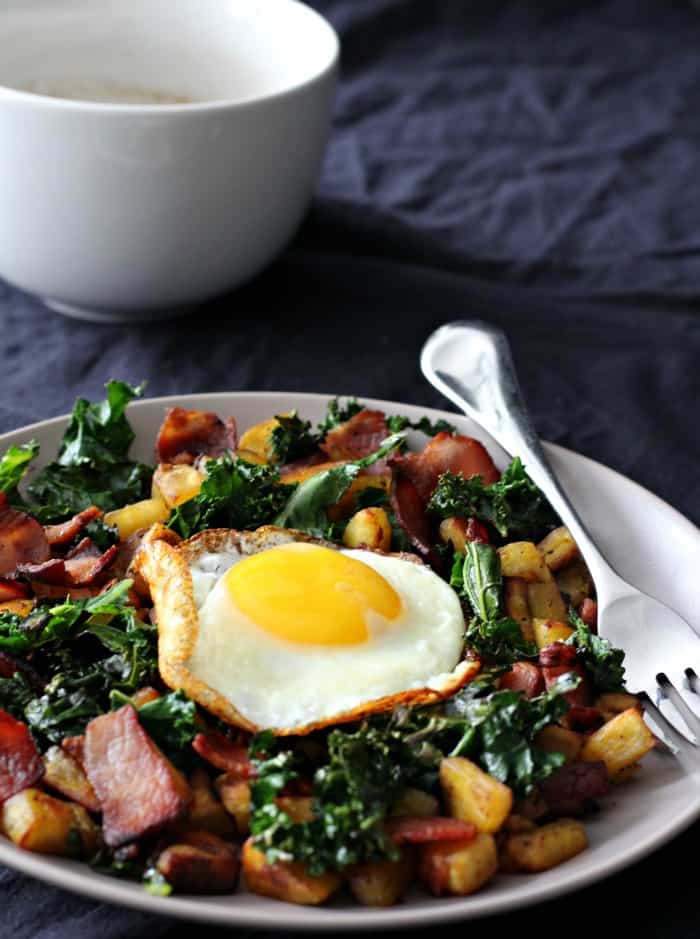 Let’s talk breakfast for a minute – you know by now I love the subject.  There was a time, pre-Paleo, when I was all about sweet breakfasts all the way.  I used to eat huge bowls of cereal with berries, bananas, honey, and almond milk.  Then I’d eat another.  Occasionally, I had eggs with toast – and the toast was always cinnamon raisin with butter and honey.

The only time I ever ate bacon with breakfast was if I was out to eat and assumed it would make me sick.  I did always get sick, but I have a feeling the pancakes with syrup or stack of rye toast might have had something to do with that.

Anyway, I remember when I began eating Paleo I thought there was absolutely no way I could eat bacon, sausage, and potatoes in the morning without being sick later on.  I actually recall waiting for it to hit and being REALLY surprised when it never did.  In fact, after 2 weeks of eating breakfasts like this, it was apparent that I felt better than I ever had in my life – my digestion was improving along with everything else.

So, my crazy love for savory breakfasts was born, and has since just grown and grown.  Sure, I love my breakfast bread in the afternoon, but, you’ll probably never catch me Instagramming it for my actual breakfast! 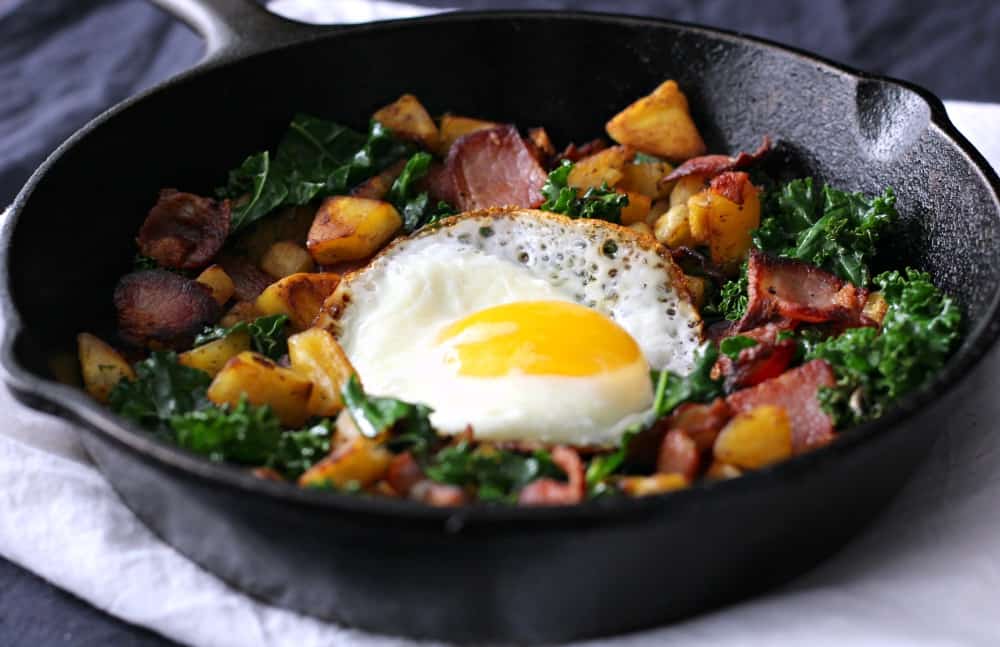 Sometimes, I have a savory/crispy craving in the morning – especially after a long run – so much so that even plantains and sweet potatoes seem too sweet.  After my first long run for Boston training, I wanted something easy (of course), super filling, crispy, and savory.

So, I made this recipe!  It uses a green plantain – which I typically reserve for chips and fries – but wanted to see what would happen if I let them hang with sizzling bacon in a pan for a little bit.  Well, wonderful things happened!  The bacon and plantains got nice and crisp, and I added kale for more crispiness and nutrients, too.  A crispy fried egg completed this single serve paleo breakfast skillet in the best way possible!  This recipe can easily be adapted to serve more than one by simply doubling the ingredients and using a bigger skillet.  See?  Everyone is happy! 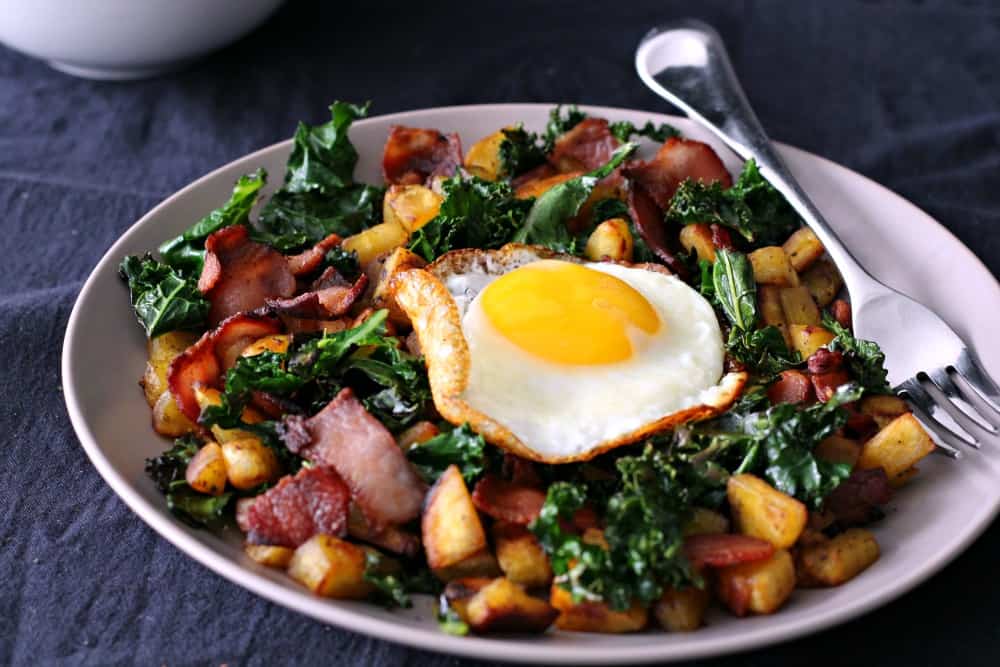 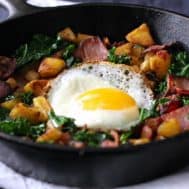 Print this Recipe
Did you make this recipe?
Leave a review
4.67 from 3 votes

**U.S. Wellness Meats sugar free pork bacon is seriously incredible and has been my go-to favorite bacon for years!

Do you prefer veggies or fruit in the morning (or both?)