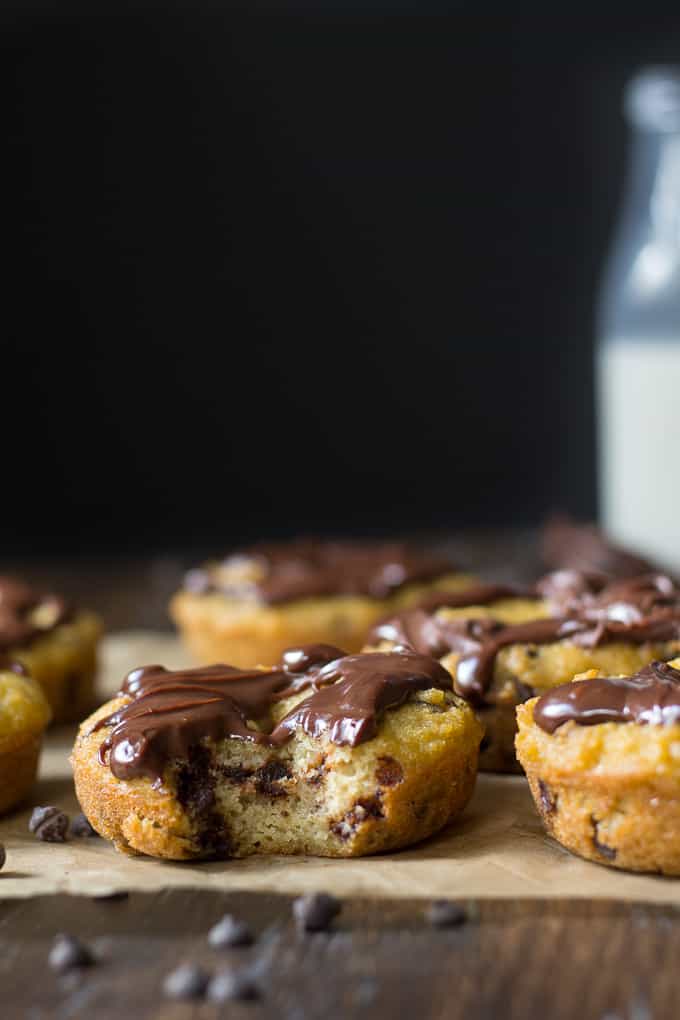 I oddly find myself making the most decadent treats totally on a whim.  I can have a bunch of recipe ideas written in my phone, and then some sort of chocolate vision will hit me and an hour later it’s all over.  The Paleo donuts have been made, I’m eating one, and of course making sure I write all the ingredients down so it wasn’t for nothing!

I wish there was a way to plan for these random moments of inspiration/chocolate cravings, but, well you probably know chocolate cravings.  They aren’t easy to reason with most of the time and they sort of make themselves boss. 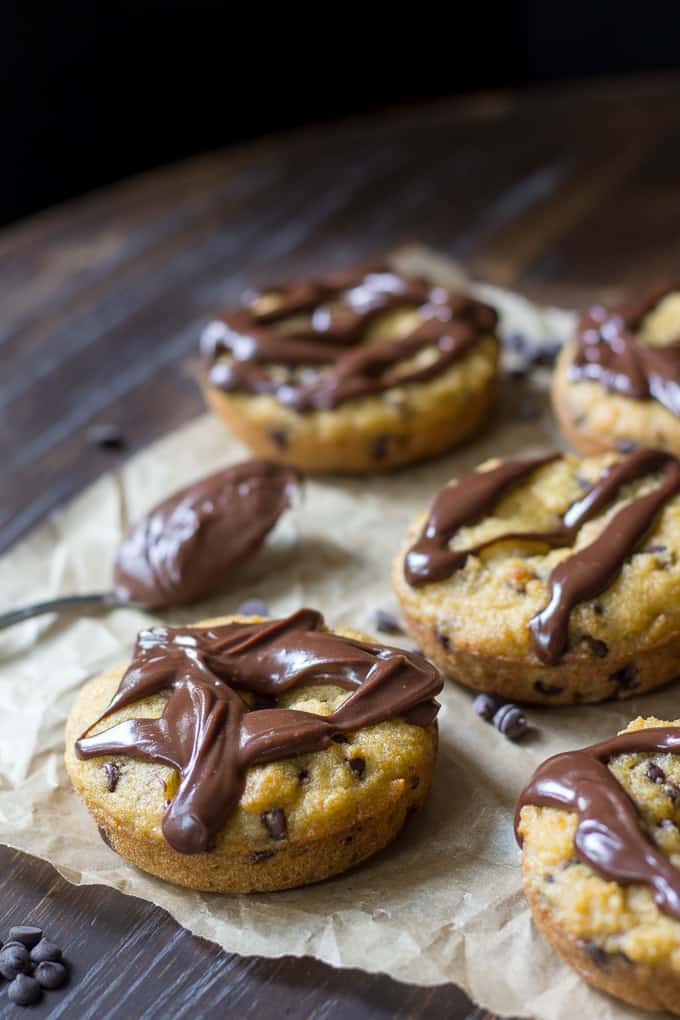 Sometimes chocolate-as-boss is a dang good thing when it results in recipes like these chocolate frosted chocolate chip Paleo donuts!  And really – these are seriously easy to make – don’t be intimidated by the “donut” label if you don’t own a donut pan.  Since they’re baked, a muffin/cupcake pan will work just the same! 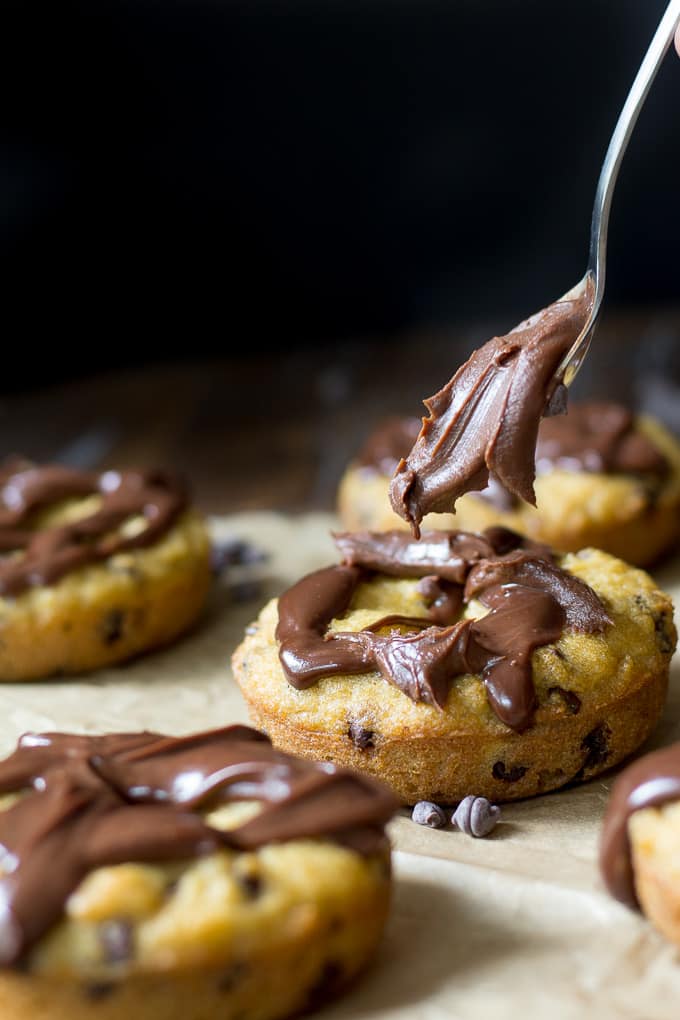 Since this whole little project happened rather quickly, I took the “easy” route with the ganache frosting, too – it’s just 2 ingredients and makes the absolute best chocolate ganache – whether we’re talking Paleo or not! 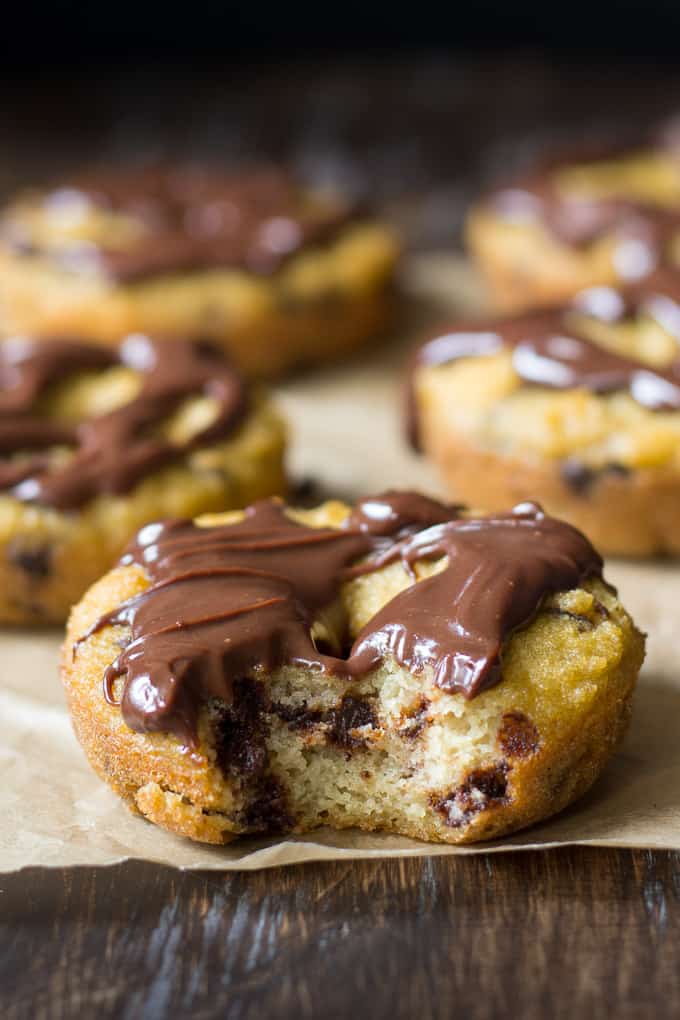 Who wouldn’t love these?  Chocolate haters aren’t welcome to answer that.  Hehe.  But anyway, as I’m writing this I have one eye on the donuts and the other on everything else I need to get done before I leave for vacation tomorrow.  I hate even mentioning it because it sounds so annoyingly, um, basic?  Boring?  Pretentious?  Maybe all of those things, so I will keep the rant short.

And  of course, at least there are no more diapers, at least the baking is done so we have things to eat while I pack, and at least I have planned posts for next week!  Three posts, to be specific, and one will be from a special guest (one of the kids!)  So we’re almost all set.  (Don’t forget to post the recipe Michele.  Pictures are great, but they need the recipe.) Right!  So here we go – lets make Paleo donuts! 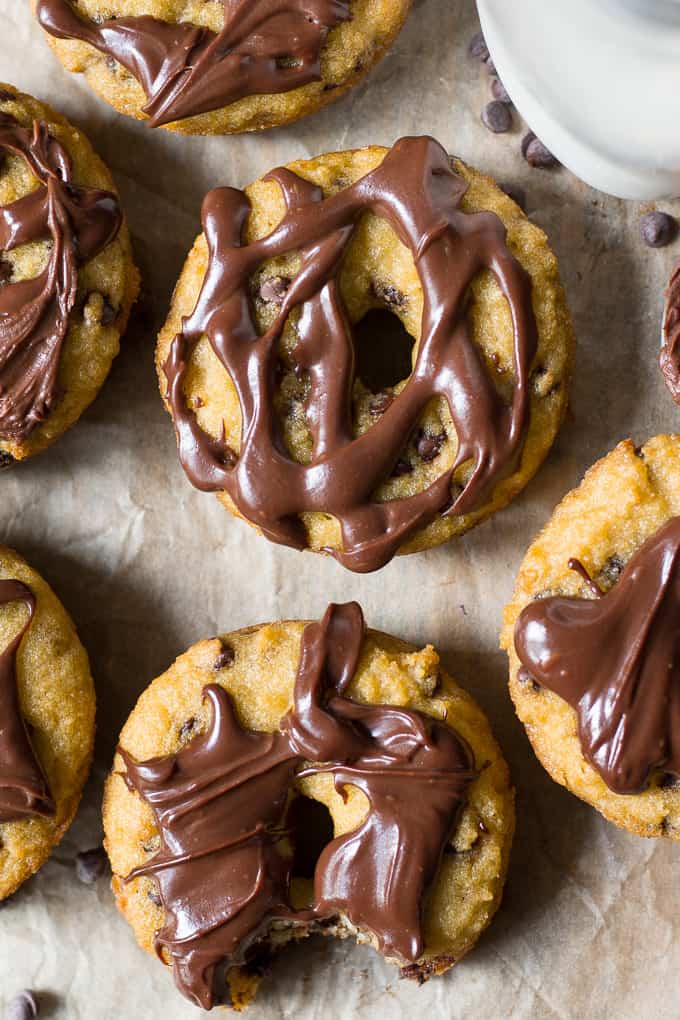 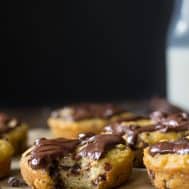 Print this Recipe
Did you make this recipe?
Leave a review
5 from 4 votes

* I refrigerated the can overnight, discarded half the liquid in the can and blended the rest to a creamy consistency before adding.
**I used a 6 cavity donut pan - alternatively you can use a 12 cavity mini-donut pan or a muffin pan

Want more Paleo chocolate desserts?  Try one of these!

How often do you crave chocolate and what do you go for?

Do you have a donut pan, and, do you use it?