These are the ultimate chewy Paleo chocolate chip blondies, loads with almond butter and and drizzled with more melted chocolate, you won’t believe they’re grain free, dairy free, and actually good for you! Kid friendly and easy to make. 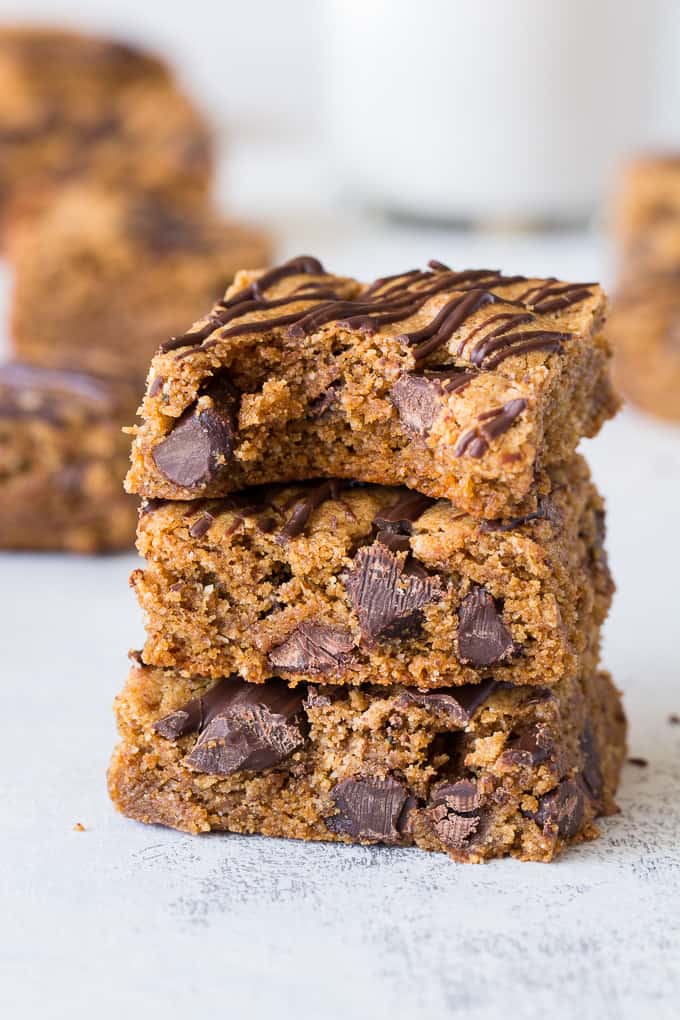 Saturdays we have dessert!  Are you guys with me on this?  Aside from the month of January, when I posted all Whole30 recipes, all the time, Saturdays have been all about dessert – on the blog – for months now.

I like it this way – even though I’m sorta on team dessert-every-day, Saturday always feels like a good day to really indulge in full on, gooey, chewy, real-deal cookies, brownies, cakes, fudge, etc.   Plus, typically we all have a few more minutes on a Saturday to bake than, say, a Tuesday.  I strongly dislike Tuesdays, by the way.  It always seems to rain on Tuesday and I always have way too much to do. 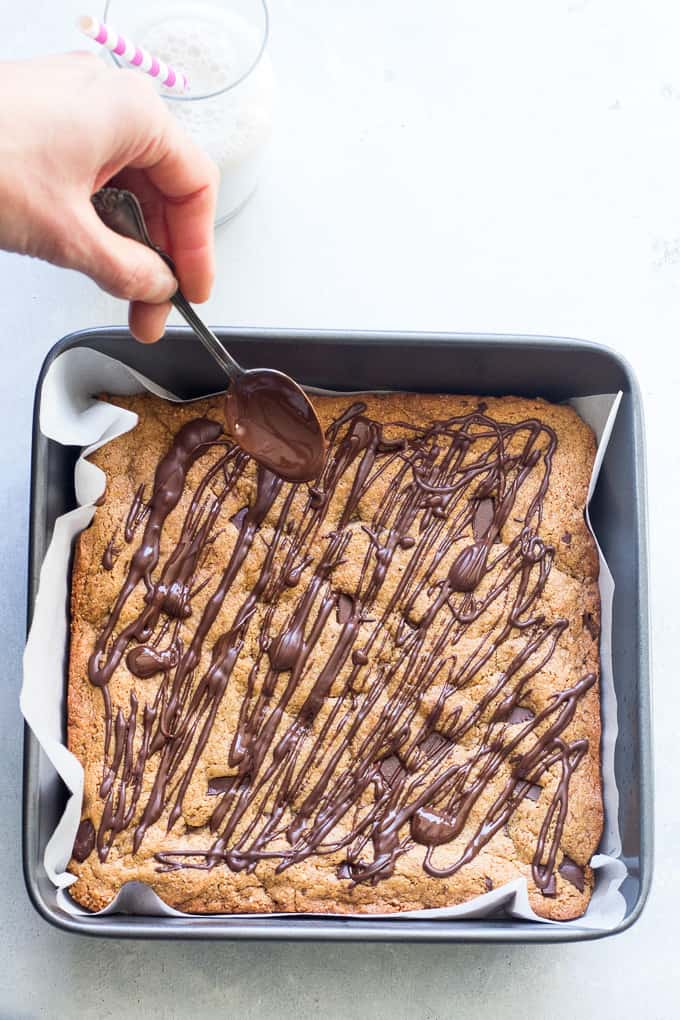 Anyway, to go with the Saturday dessert theme, I’m bringing you extra-chocolatey-chunky-chewy blondies.  I made these twice and the second time was most certainly the charm.  For some reason I thought that adding an extra egg yolk was a good idea the first time around, but it was not.

I realized that I only like that extra egg yolk in there when I’m using all coconut oil, not when almond butter is involved. With almond butter, it just makes the bars too cakey.  If there’s something besides Tuesdays that I strongly dislike, it’s cakey blondies.  Or cookies.  Not my thing at all! 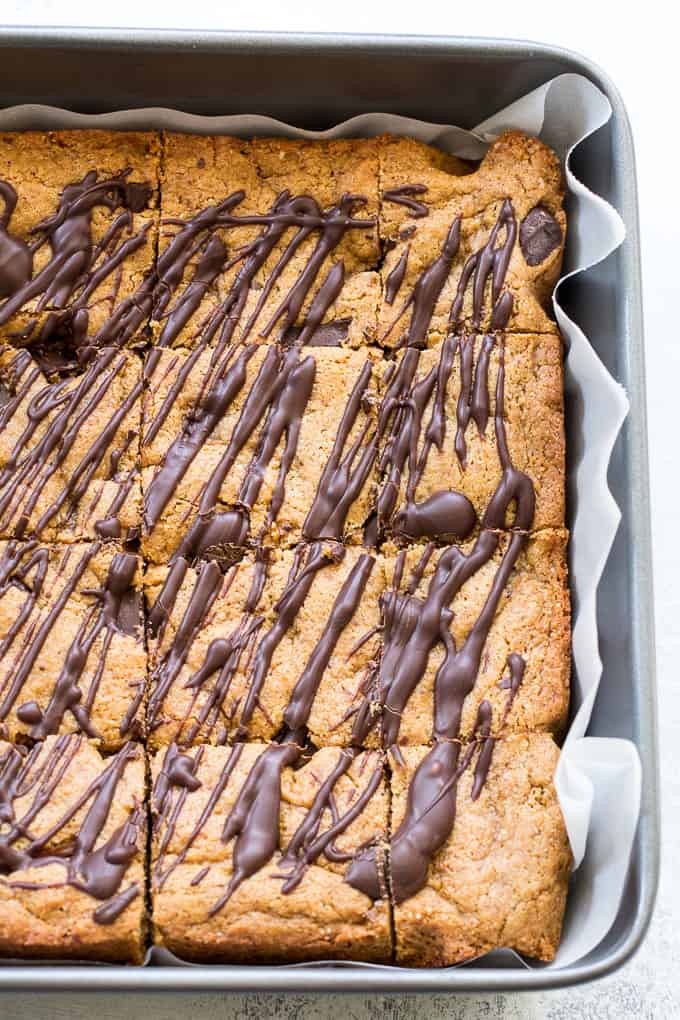 So, for try #2 (the next day) I got rid of the yolk, added more almond butter, more coconut sugar (just had to) a bit more coconut oil and a TBSP of coconut flour.  So I sort of changed the entire thing, but, WHOA!  It worked out perfectly.

I got my chewy, dense, rich, chocolatey blondies, and, luckily didn’t have to make a third batch.  Let me tell you – I start going completely out of my mind once I’m on the third batch of something.  I  question the meaning of my existence and just plain freak out like something horrible has actually happened.  Fun times!  Somebody needs to start a food blogger emergency support hotline, I’m not kidding – see my rant on recipe heartbreak.  I would totally call the hotline at least once per month. 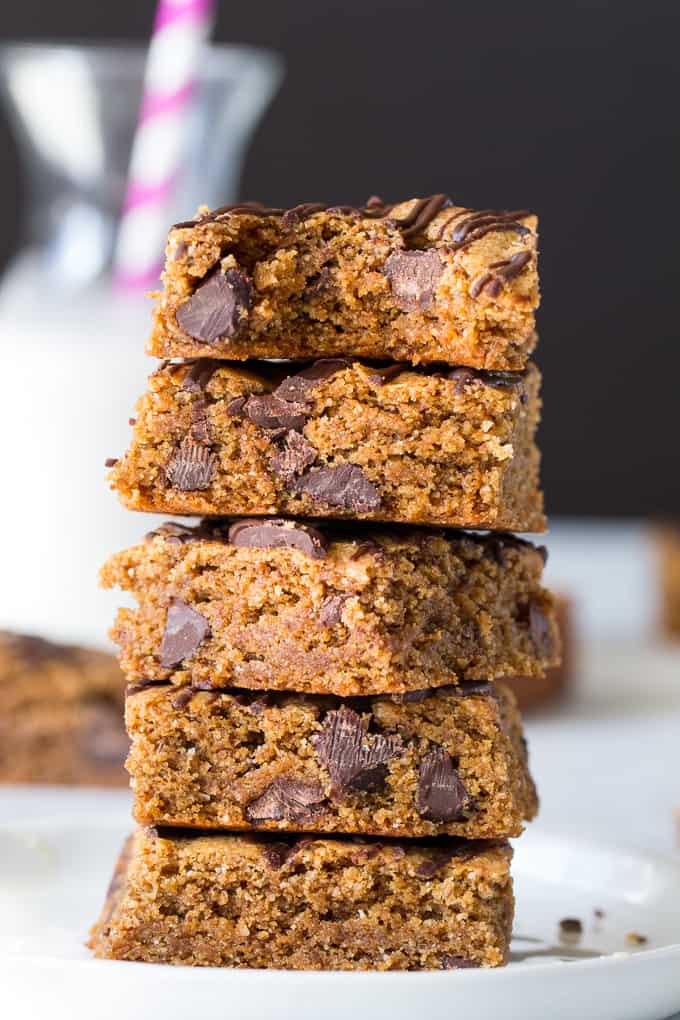 But enough about my recipe fail woes, ultimately I know that the struggle results in a thing or two learned about Paleo baking, so that you guys don’t have to cry on your kitchen floor in front of cakey or dry blondies.  So many other things to cry about (seriously!) and DESSERT, if anything, is supposed to make us feel better.  It’s totally okay to let your dessert make you feel better, by the way, that’s sort of the point.  So here we go – easy, chewy, Paleo chocolate chip blondies are here – let’s bake! 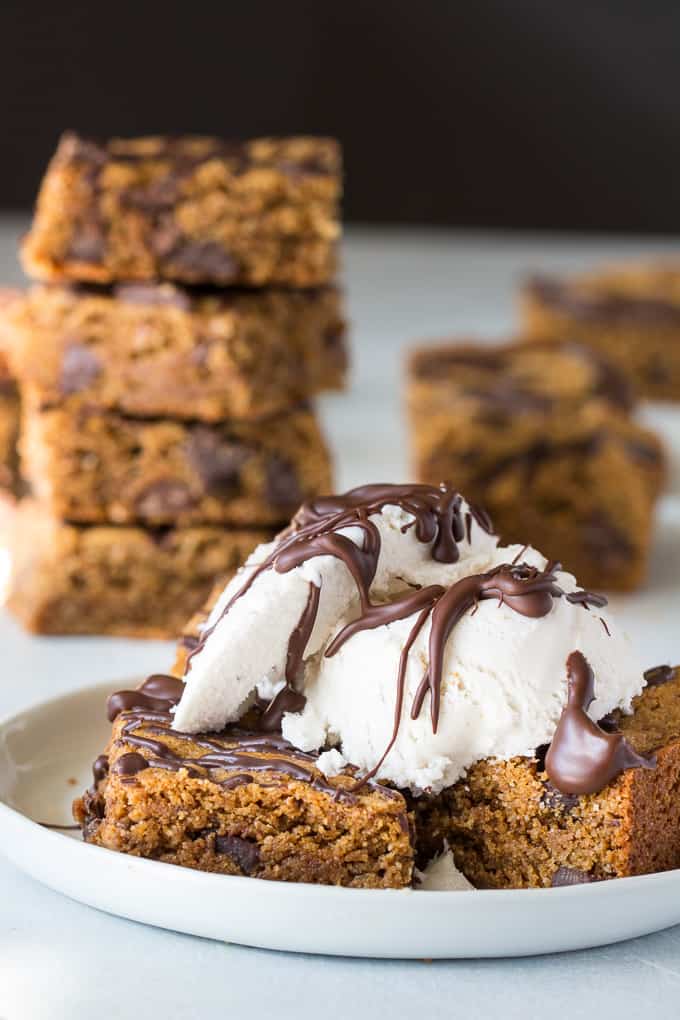 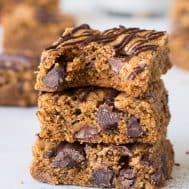 Print this Recipe
Did you make this recipe?
Leave a review
4.7 from 26 votes

What I Used to Make My Chewy Paleo Chocolate Chip Blondies:

Want more crazy good Paleo bars and cookies?  Try one of these!

What do you do with recipe fails?