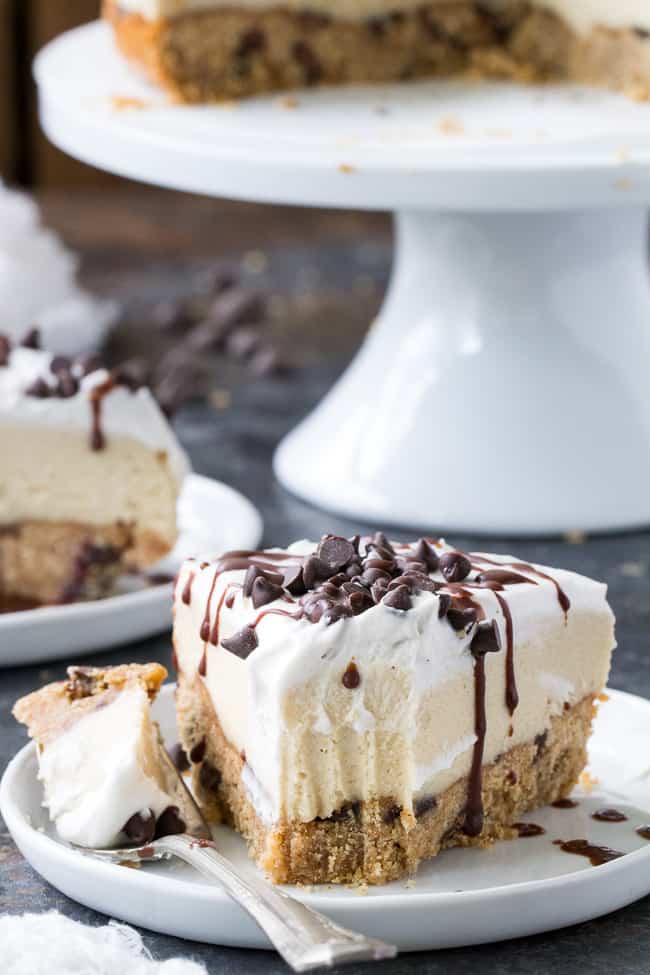 Yes, your calculations are correct.  This is the second paleo and vegan cheesecake recipe that I’m sharing on the blog in the span of a week – but really, can you blame me?  I might not be training for marathons right now, but cheesecake marathons are another story – and SO my ballgame right now.

Last week it was lemon strawberry, and today we’re going in another direction entirely.  A direction where the streets are lined with thick chewy chocolate chips cookies and paved with chocolate glaze!  And the houses are made of…vanilla cheesecake and coconut whipped cream?!  Okay, I’ve gone too far, let’s talk delicious details before I lose you all. 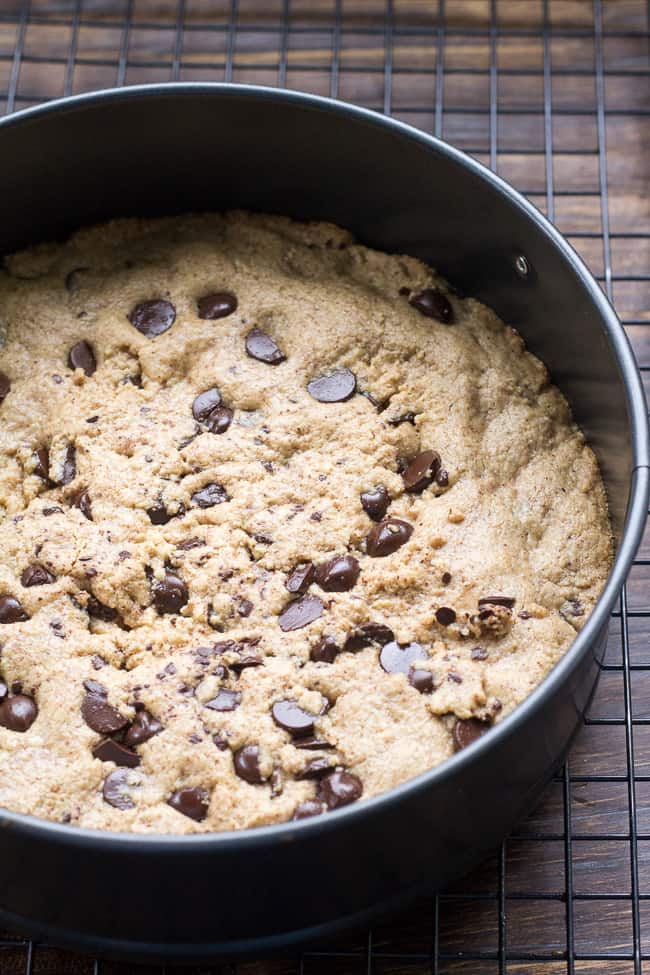 To start off, I had a decision to make regarding the bottom cookie layer – to bake or not to bake?!  If I went completely no-bake, what we’d really have here is is cookie dough cheesecake, which of course would be ridiculously good, but, it wasn’t quite my vision.  I wanted sort of a cookie cake topped with all the other creamy layers and chocolate, so I decided to bake the bottom layer into a thick, chewy, vegan chocolate chip cookie. 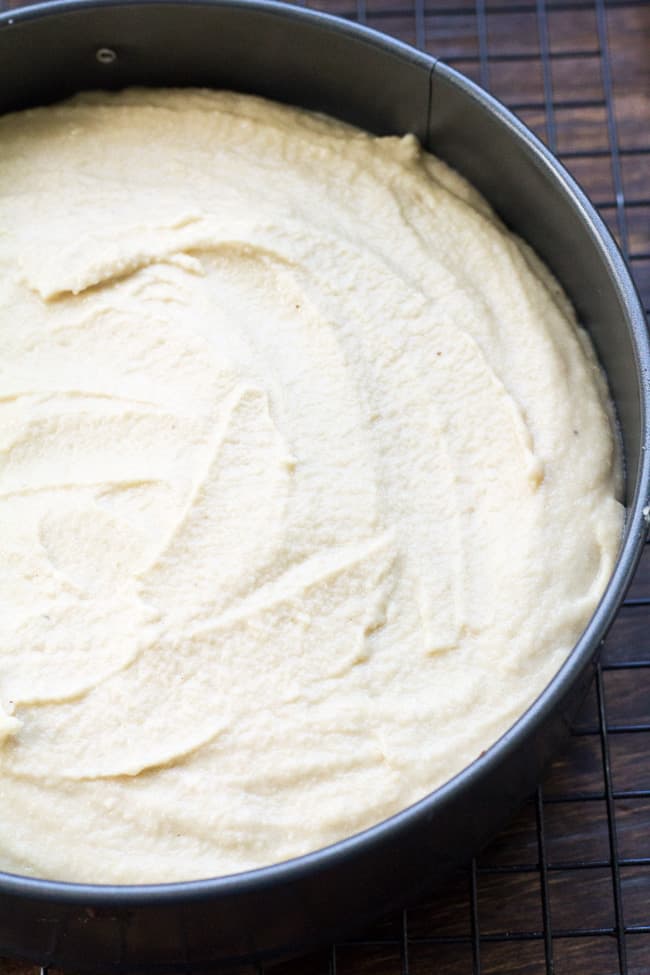 The cheesecake layer is a cashew based vanilla cheesecake, and GUYS!  It turned out so delicious with just a few ingredients – cashews, refined coconut oil, maple syrup, vanilla, and lemon juice to give it the tartness of a true cheesecake.  After blending the cheesecake mixture until nice and creamy, you simply pour it over the baked cookie crust and then chill until set.  Make sure you use every drop – this is NOT a dessert you’ll want to waste any part of! 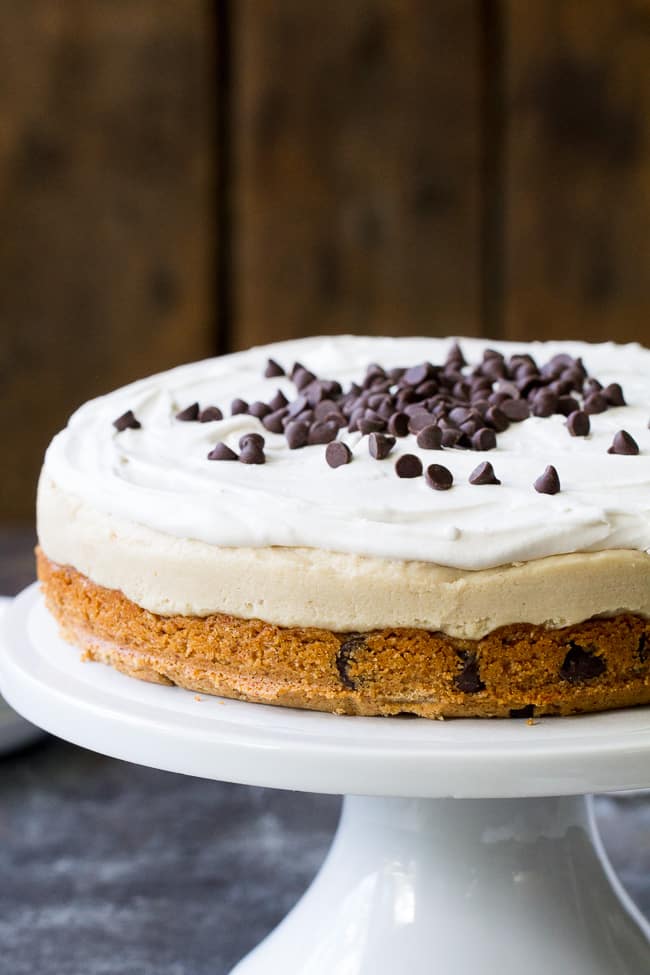 Rather than freezing this cheesecake, as I did with my lemon one, I found that the texture for this one was just perfect after spending a night tightly wrapped in the back of the refrigerator.  It turned out insanely creamy and ready to be topped with coconut whipped cream!   I made my whipped cream in advance and kept it refrigerated overnight as well, but you can just as easily make it right on the spot and spread it over the cheesecake. 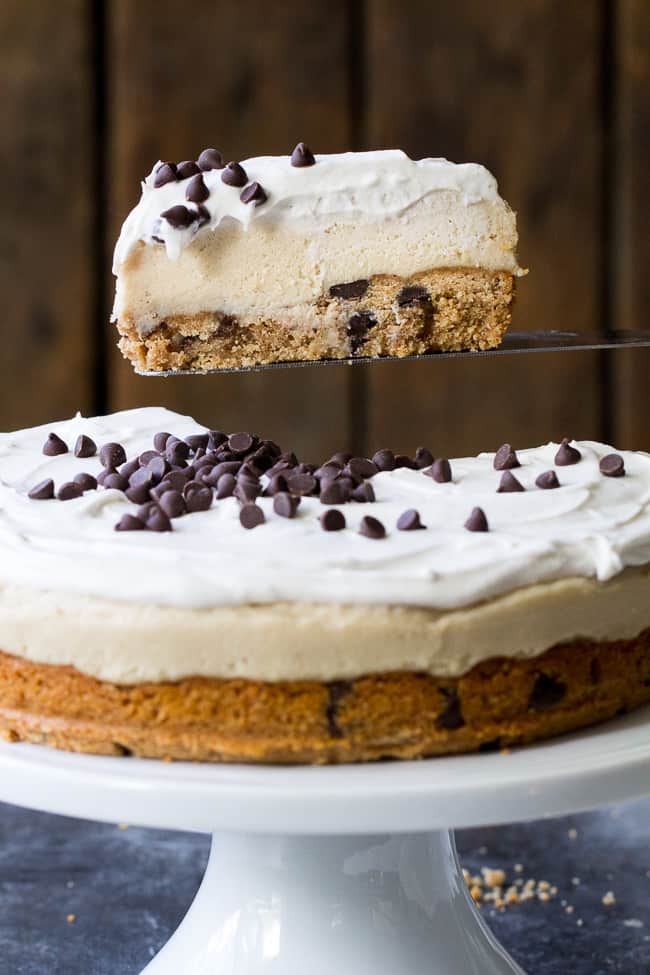 One note on coconut whipped cream – I used to recommend using either canned coconut cream OR the thick part of a chilled can of coconut milk.  While it SHOULD technically be possible to use the cream from the can of coconut milk, I’ve recently had several bad experiences where it just would not blend properly into whipped cream.

I DO think there are certain brands of canned coconut milk that are better for whipping, the one that seems to work nearly every time is Thai Kitchen.  You simply chill the can overnight, and then scoop out the thick part only to make the whipped cream.

If you plan to use canned coconut cream, Native Forest is the brand I use that hasn’t failed me yet.  However, I do not recommend using Native Forest coconut MILK for making whipped cream – it’s let me down too many times! 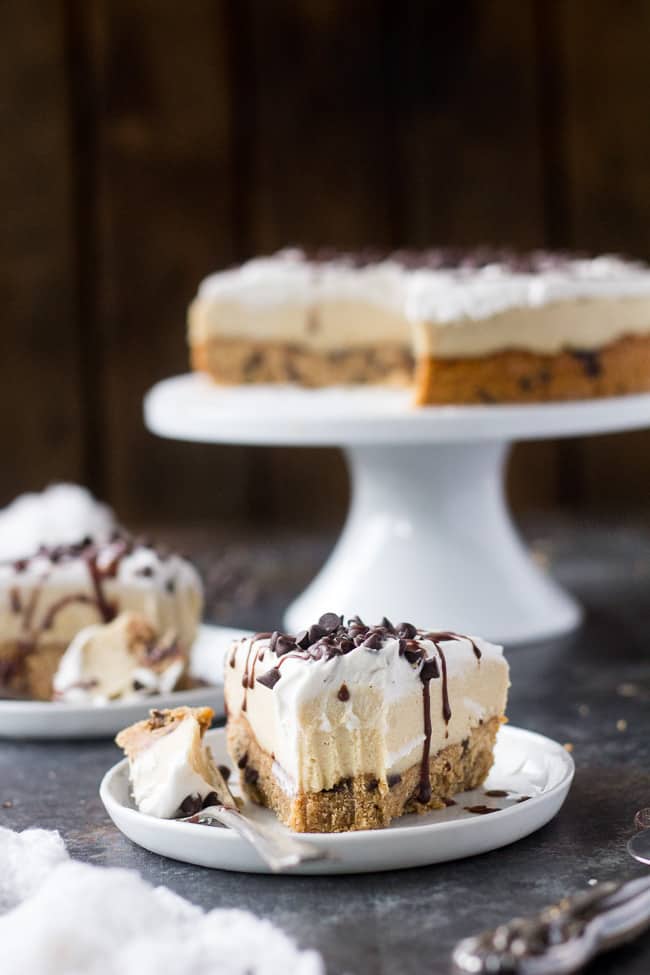 Lastly, I decided to add more chocolate chips and a chocolate drizzle, because, um, why not?!  The drizzle is very similar to the glaze I used for my chocolate donuts, and hardens to a nice chocolate shell on the cold cheesecake.  Make sure you allow the chocolate mixture to cool before drizzling though, so you don’t accidentally melt your cheesecake.  After all that work, melting your cheesecake with a too-hot drizzle would just be so, so sad! 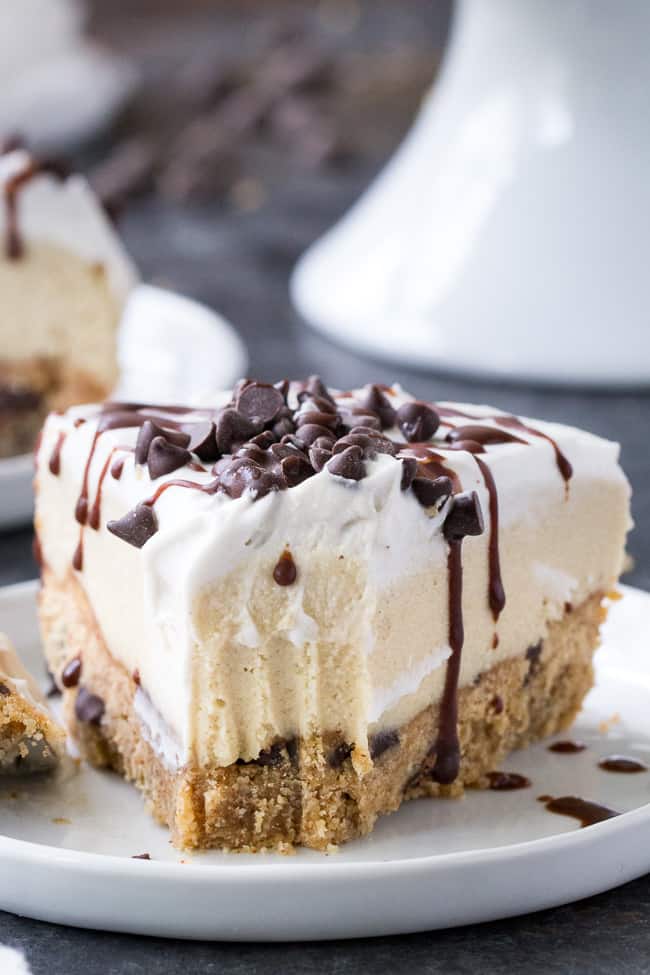 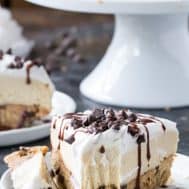 Print this Recipe
Did you make this recipe?
Leave a review
5 from 8 votes

For the Vanilla Cheesecake Layer:

For the Coconut Whipped Cream:

For the Chocolate Glaze**

To Make the Cheesecake:

Now for the toppings:

To Make the Glaze:

What I Used To Make My Chocolate Chip Cookie Vanilla Cheesecake:

Want more Paleo & Vegan dessert Recipes?  Try one of these!