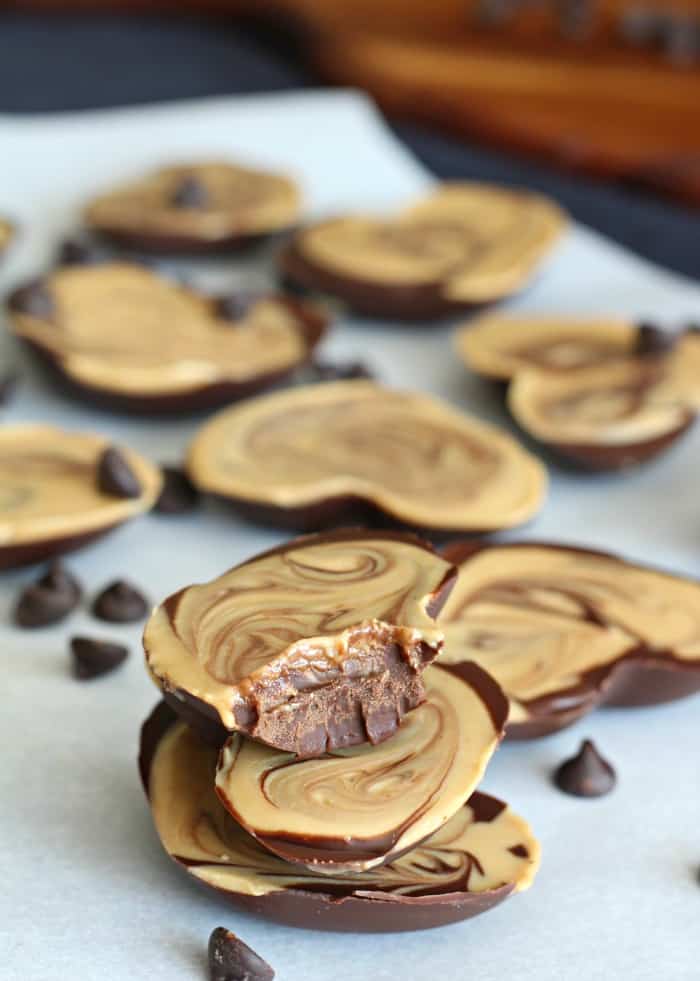 I had to do another chocolate recipe in honor of Valentines Day.  It’s the rule.  I couldn’t bear to give you a salmon dish or something savory even though that probably would have benefitted both of us.  Paleo and Vegan Chocolate Cashew Butter Candy Cups for the win!  Salmon next week 🙂 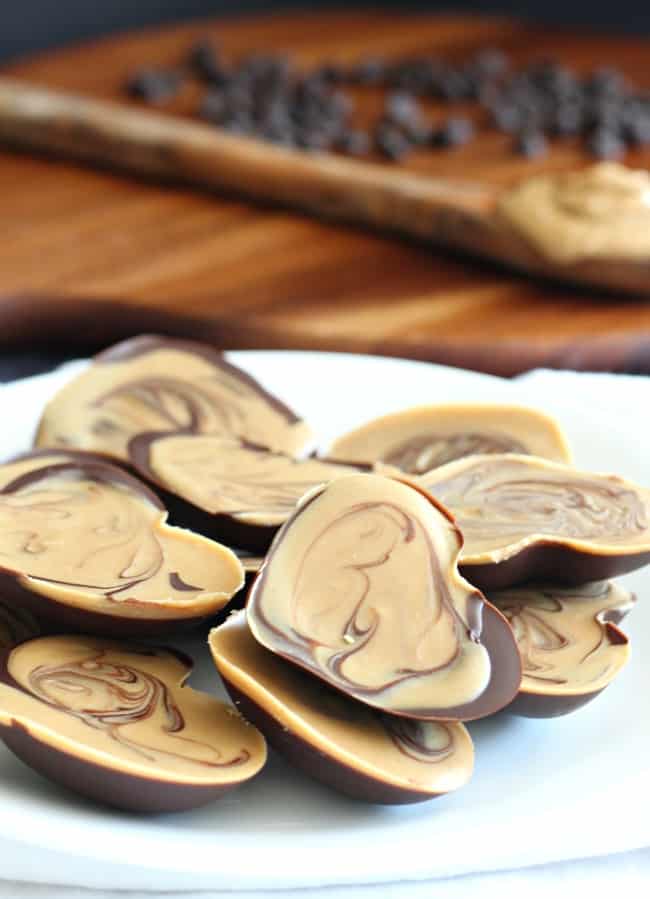 I thought this recipe was going to be really straightforward, but it was not.

I originally wanted a layered chocolate cashew butter candy, but got really messed up with the texture of each layer.  My family (and me, definitely me) wound up eating 2 prior batches that had a too-soft top layer and a too-hard chocolate layer.  I was all over the place at first, maybe sugar coma induced brain fog. 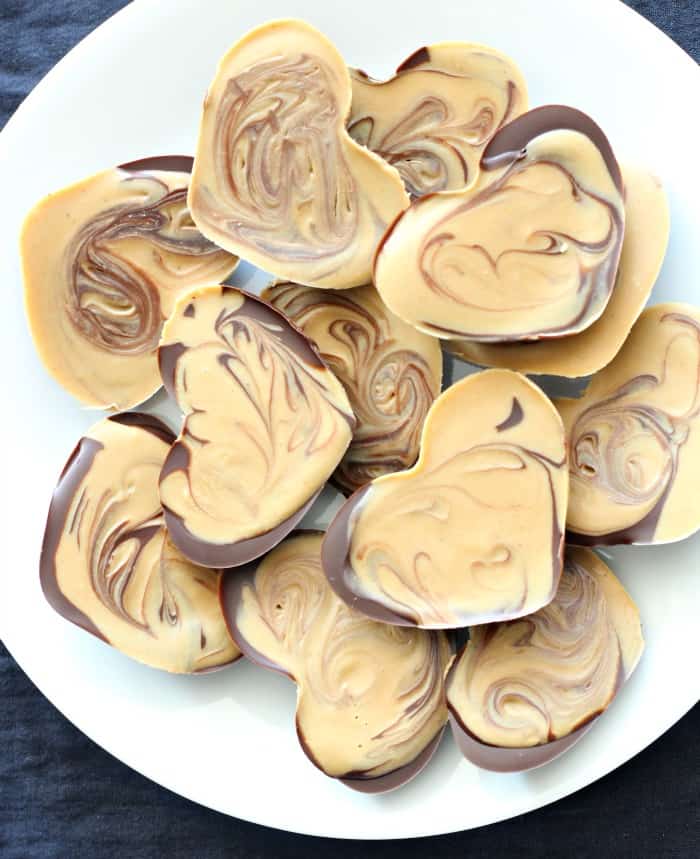 Finally, I decided to just swirl the two layers which was the right way to do it.  Live and learn with chocolate and nut butter.  I guess I’m not really complaining about it.  Not complaining and actually holding myself back from having another right now, because the final product rocked, period.

Even though it took me 3 tries, in the end the recipe is very simple.  I used a silicone heart-shaped mold with 12-cups so these came out bigger than just bite sized, but you can use any silicone mold that you have, depending on how big you want the candies to be.  But, even if you don’t have a silicone mold, you can still make this recipe, no worries whatsoever. 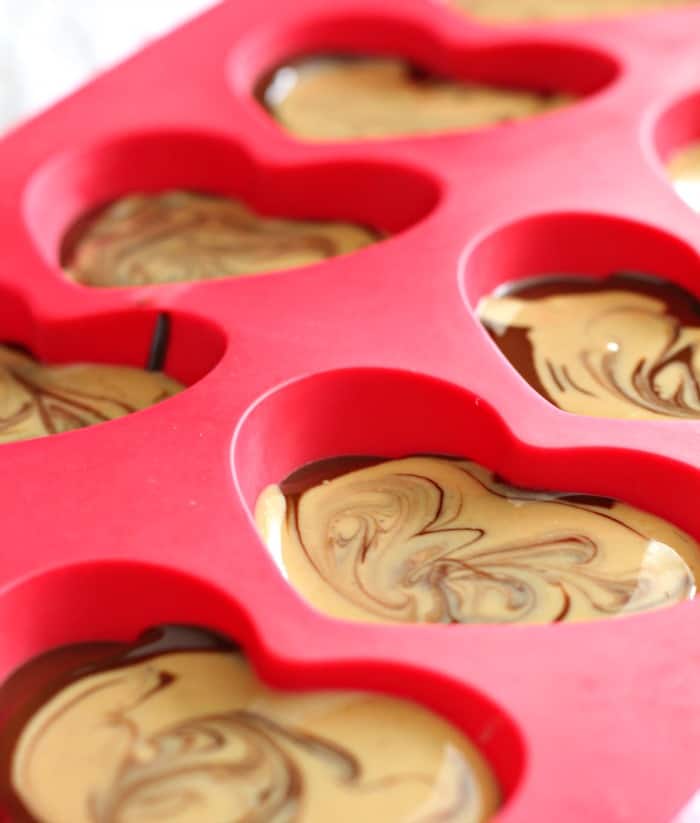 You can also just line a muffin/cupcake pan with cupcake liners and make classically-shaped candy cups!  I recommend double lining the cupcake pan so the chocolate doesn’t leak through.  Really anything goes with this – and I promise you’ll have a little extra of both the chocolate and cashew butter mixture to do whatever you please with 🙂 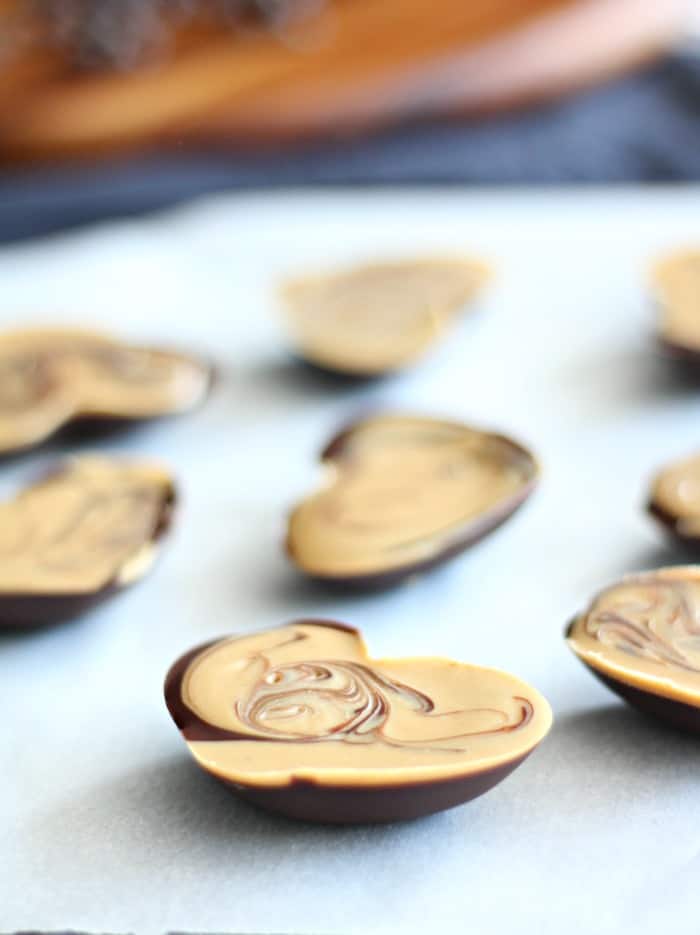 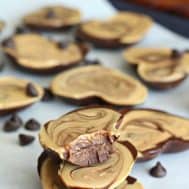 For the chocolate bottom layer

For the Cashew Butter Layer

Are you candied-out yet?  Well stop that because we’re just getting started.  It’s not even V-Day yet!  Start firing up the chocolate craving portion of your brain and let’s all happily indulge this weekend!

Any Valentines plans this weekend?  (eating chocolate or drinking wine on the couch counts)