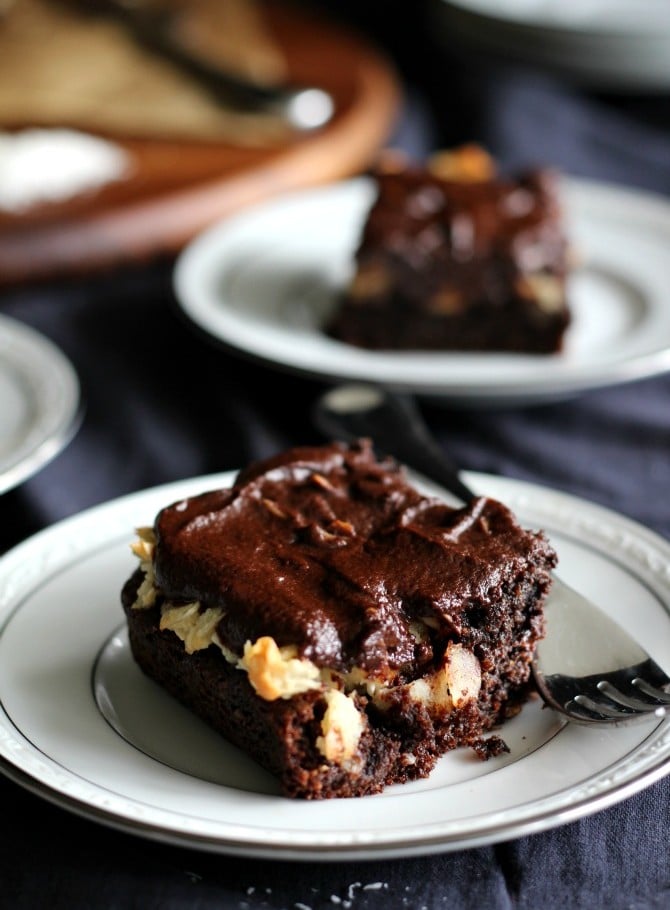 Oops, did it again.  Brought you a sinfully delicious ooey gooey chocolate recipe right smack on New Year’s Day!  And Happy New Year, by the way – hope you had a great holiday week and are feeling ready dive into 2016!

Truth is, I actually didn’t mean to post another dessert again this way (last year’s recipe was for a gooey fudge brownie pie that’s eerily similar to this year’s recipe) but apparently, my brain veers toward chocolate during the holidays, and then January 1st somehow feels like the right day to share it with you!

Since it just happens to be grain free, dairy free, and Paleo we’ll all have to give me a pass, and maybe even make it for ourselves as a one-last-hurrah before real-life-Monday sets in.  Although something (aka the school calendar) tells me that Monday will be a good day – complete with new motivation, a new planner, and a cleaner house (that’s pushing it.) 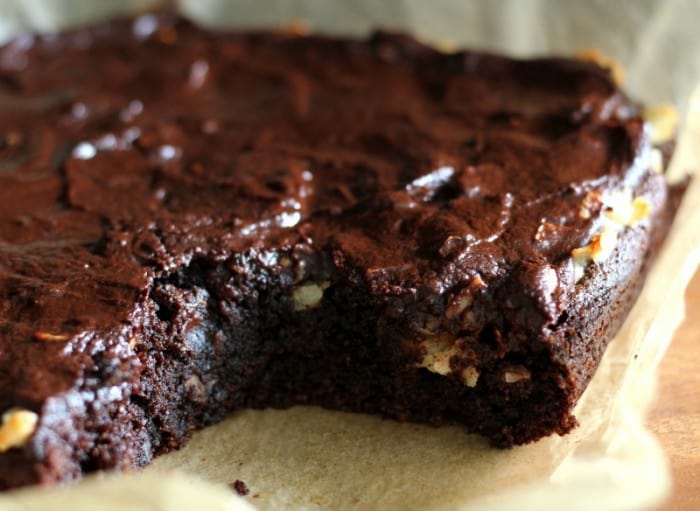 So, more about the cake.  It’s most definitely a spin on the Gooey Brownie Pie of 2015, but, it’s better in my opinion.  I can say that because they’re both my own recipes, just keeping it real 🙂

Originally, I hadn’t even thought of making a cake, but rather wanted to re-make my chocolate dipped coconut macaroons because the pictures are absolutely terrible, as is the case with most of my recipe pictures prior to, uh, 2 months ago (1 month?) when I finally ditched my iPhone for recipe shots.

I know there’s still tons of work to be done with photography, but I’m 100% positive I can do those macaroons justice that I simply could not last year!  Anyway…I wound up not making the macaroons, because, I decided I wanted to make this cake instead. 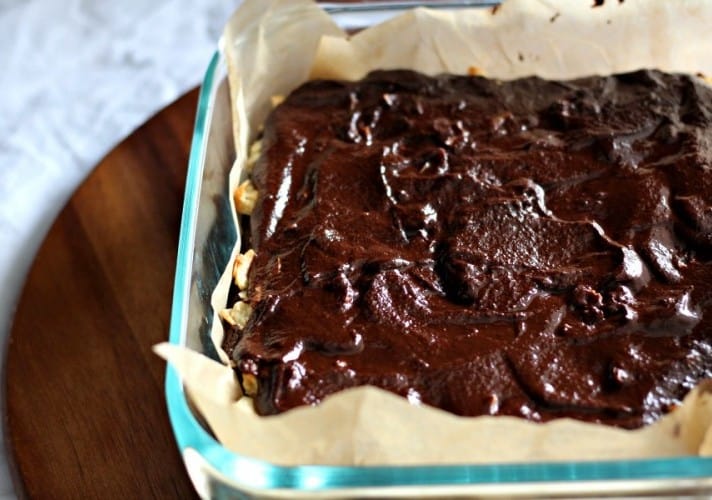 Credit partially goes to my daughter Emily, who suggested macaroon bars, along with caramel-drizzled banana chocolate chunk cookies (who is this kid?!  Has she been on Pinterest?) I settled on a layered chocolate macaroon cake, and I’m leaving the banana project for next week when I’m hopefully feeling a bit braver.

But the chocolate cake now.  I started off by slightly altering that brownie recipe to make it just a bit more cake like, then scaling my macaroon recipe, sprinkling it over the chocolate cake batter, and baking.  And praying of course.  I always pray when I stick things in the oven.  Pray for strength, for zero recipe heartbreak, and that I don’t forget I have something in the oven (the last one especially – believe me, it’s important.) While it baked, I made a creamy chocolate ganache to top the whole thing with!  The result did not disappoint by any means!  The leftovers were good too, for the few days they lasted.  All around, this recipe won my heart 🙂 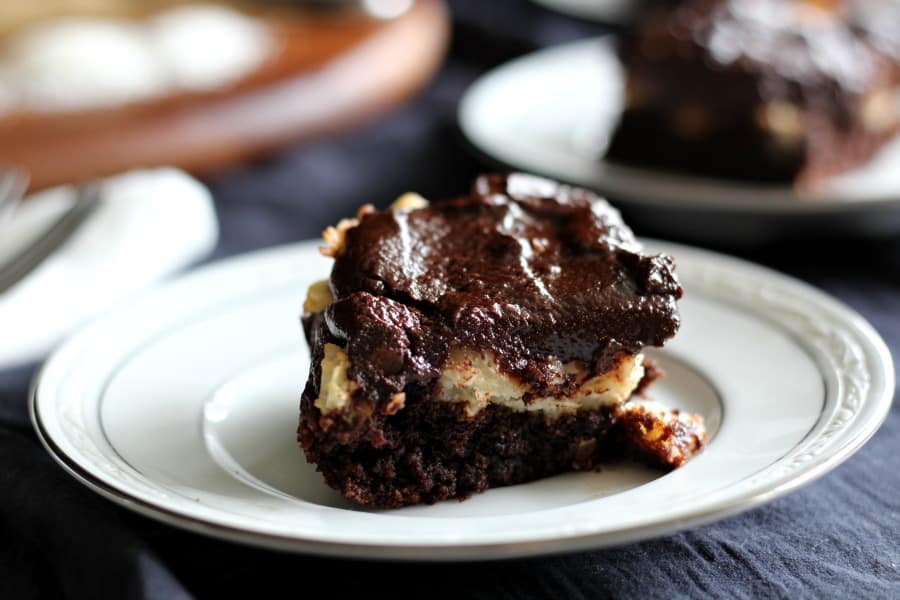 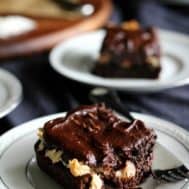 For the Cake Layer

For the Macaroon Layer

For the Chocolate Topping

What was the best part of your New Year’s Eve?

Is chocolate still in the plan for January?