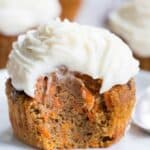 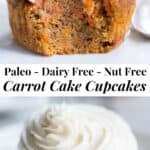 These dreamy carrot cake cupcakes are made with coconut and tapioca flour and sweetened with maple syrup, making them both paleo and nut free.   They’re topped with a sweet creamy paleo vanilla “buttercream” that tastes just like real thing! 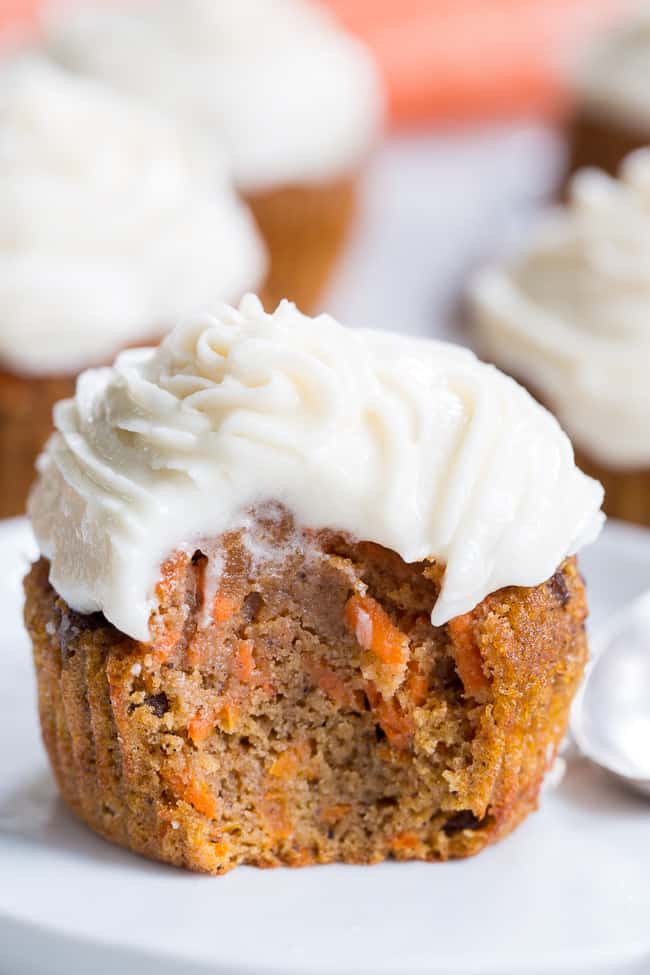 Welcome to another dessert-y weekend!  I have two nut-free + paleo baking recipes to share!  The first is today’s carrot cake cupcakes with “buttercream” frosting.  Just in time for Spring!

Well, we might have a few weeks left until real spring, but in my mind, (and kitchen!) we’re there right now.

I realize that carrot cake traditionally includes a cream cheese frosting.   My paleo “cream cheese” frosting uses cashews for texture and I wanted to make these cupcakes nut free. Instead, I chose to top them with a dairy free buttercream frosting instead.

That said, if you don’t need to keep things nut free and want to try out my “cream cheese” frosting you can get that recipe right here. 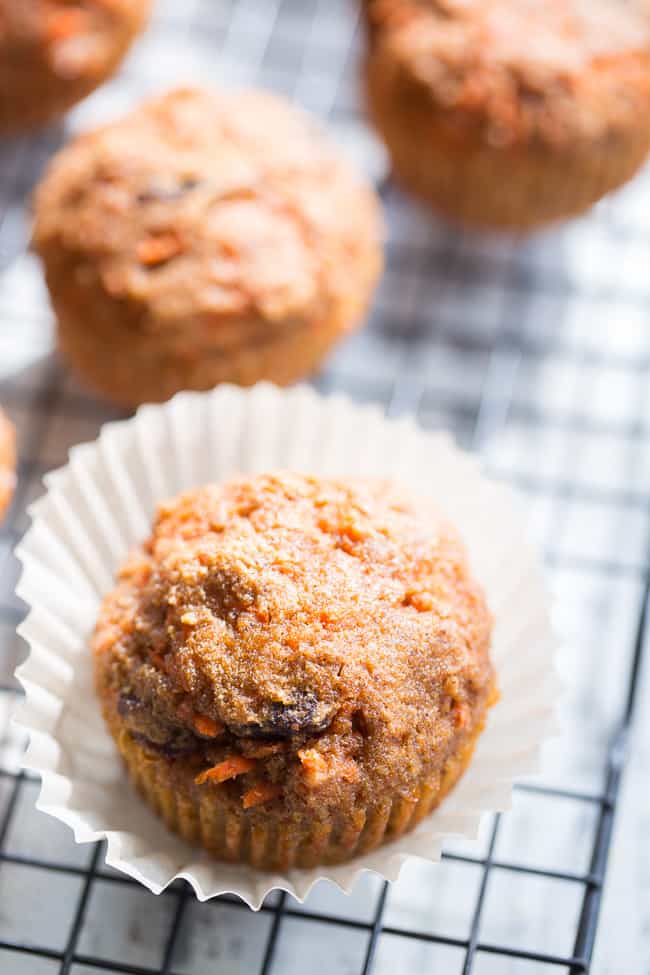 Anyway, about the cupcakes!  I decided to go with a mix of coconut and tapioca flour to give these carrot cake cupcakes traditional texture.  The combo did not fail me.

It took just two tries to get the ratios right – which is not at all bad for experimenting with coconut flour!

That said, you might be a little surprised at how thick the “batter” is after mixing it altogether.  Especially if you’re not familiar with baking with coconut flour.  In fact, the batter really looks more like a dough.

No worries at all though, because 1.) coconut flour batter is almost always thick and 2.) it means you can sort of shape these cupcakes to be nice and round.  Weird, I know, but that’s paleo baking for you 🙂

Since I did use baking powder, they’ll expand/rise a bit, but not all that much, so there’s no need to worry they’ll spill over the tops of the muffins cups. 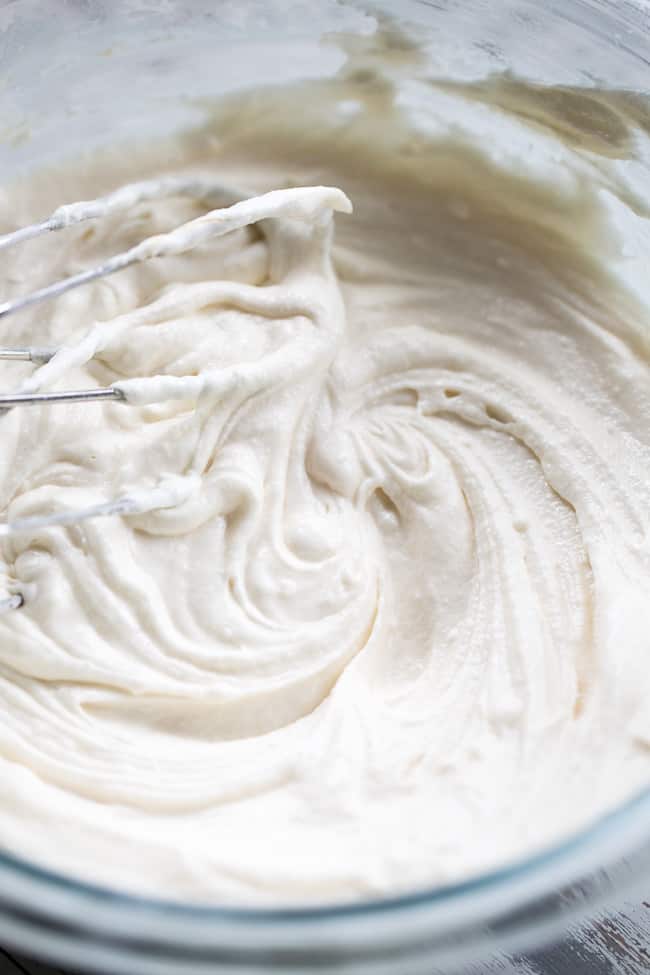 The dairy free “buttercream” is a totally new recipe that I used for both these cupcakes also some traditional vanilla cupcakes that will be coming to the blog soon.

Instead of butter, I whipped up a mixture of palm oil shortening and refined coconut oil for great texture and neutral flavor.

I added thick creamy raw honey to sweeten and vanilla extract for flavor.  Tapioca flour thickens up the texture so it resembles a real buttercream. 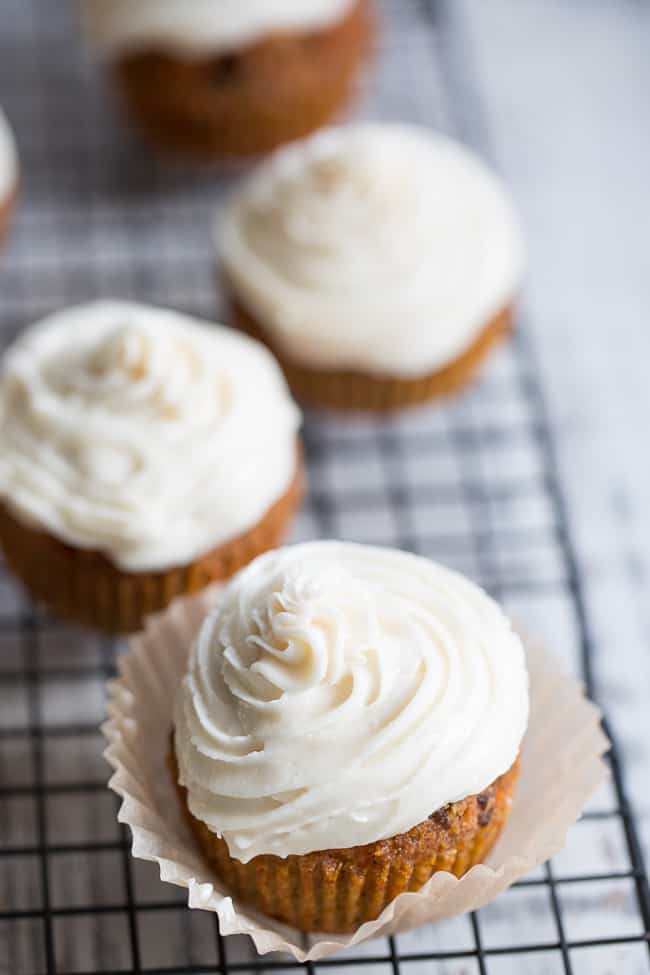 I was definitely impressed that the texture of the frosting remained soft but not runny at room temperature.  Though it hardens in the fridge, you can easily re-whip it back to its original form in no time at all.  Easy peasy! 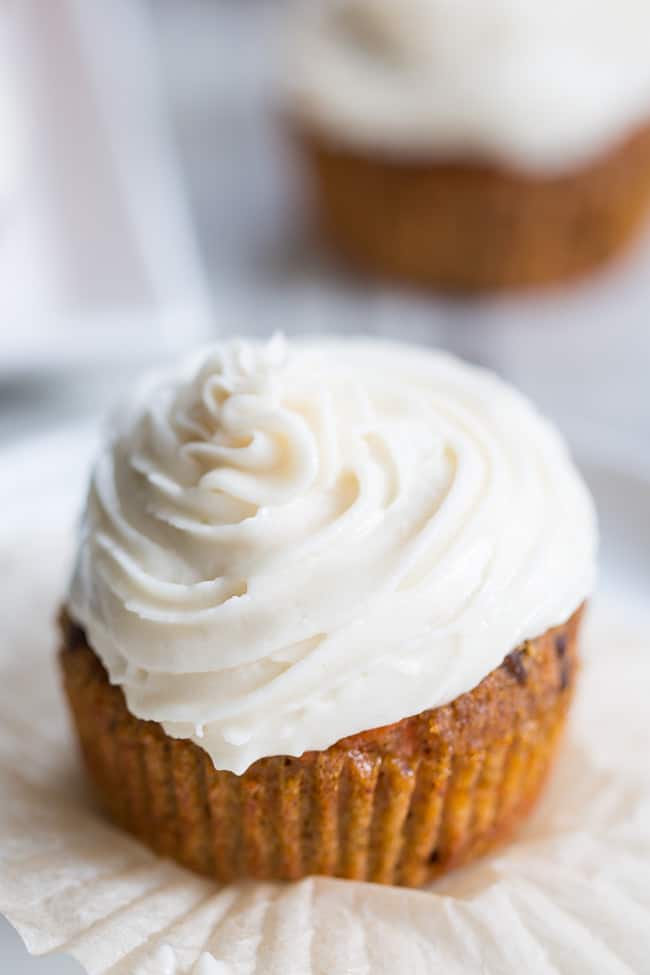 These carrot cake cupcakes are delicious enough to serve to anyone – paleo or not!   You’ll be amazed at just how moist and tender the texture is.

I added raisins to mine, which is optional, and there’s room in the recipe to add very well drained crushed pineapple if you enjoy that flavor in your carrot cake. 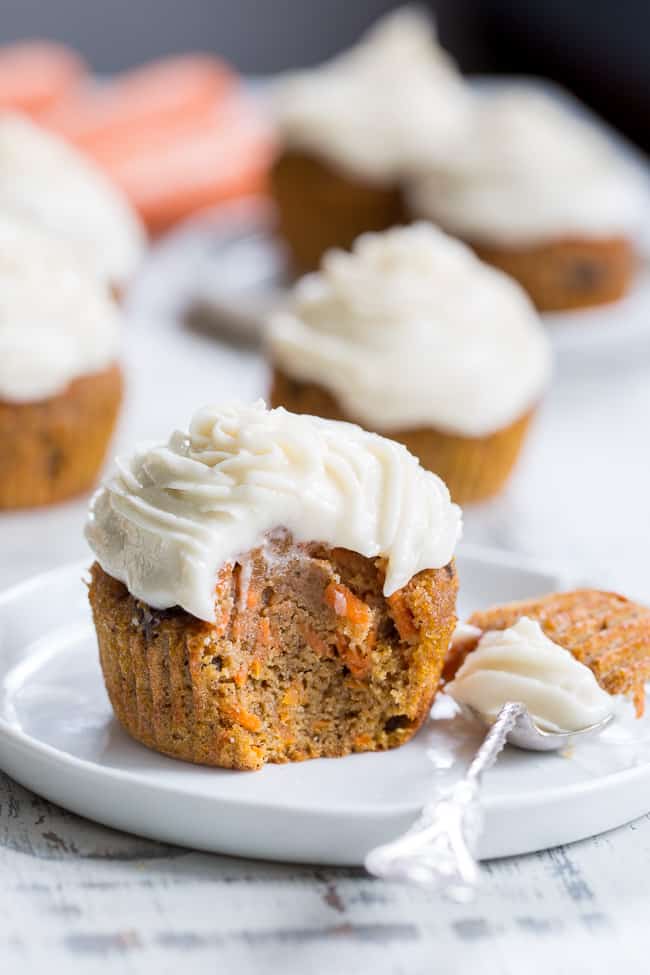 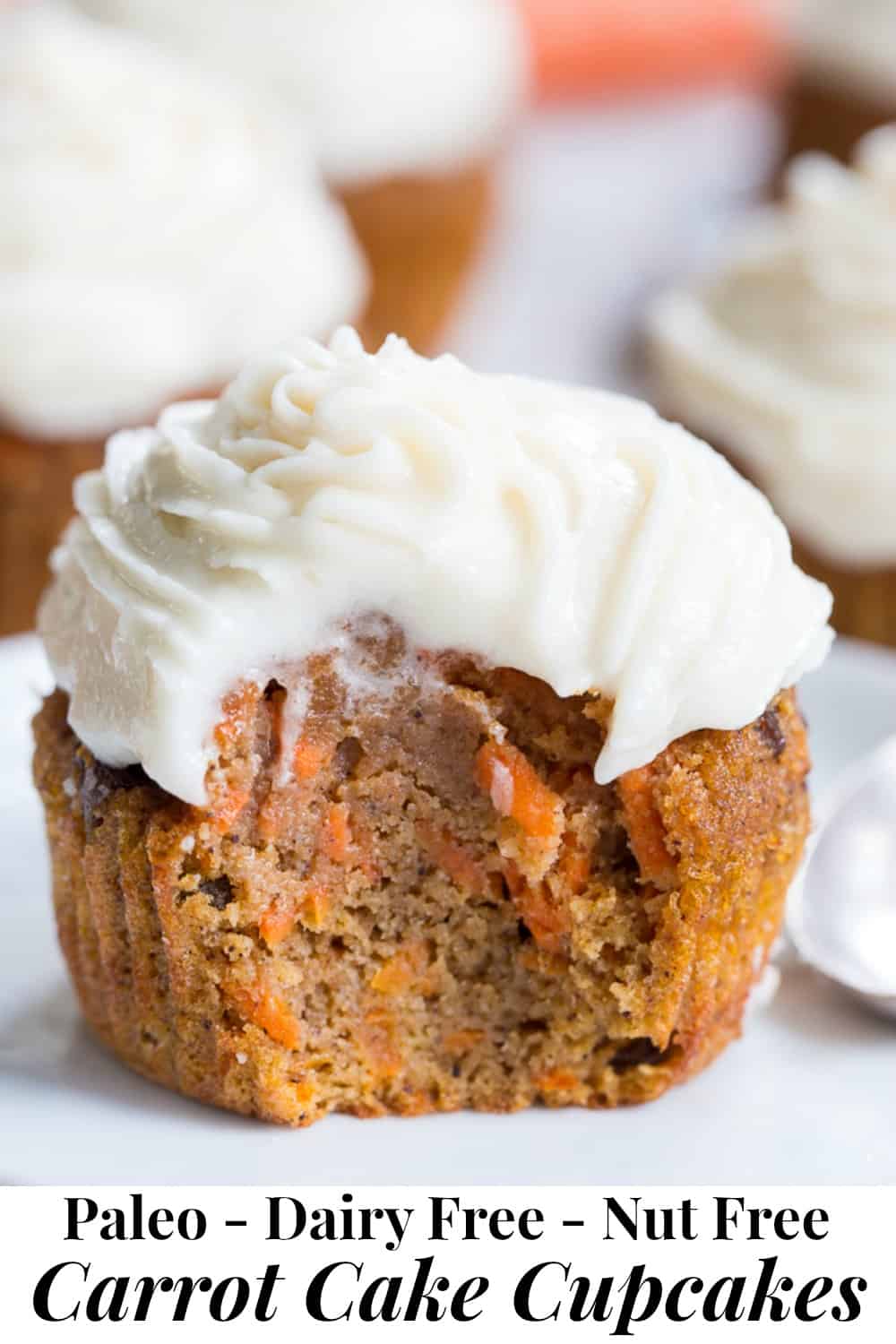 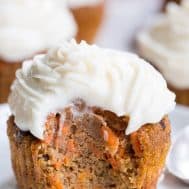 Print this Recipe
Did you make this recipe?
Leave a review
4.48 from 53 votes

*A thick creamy raw honey works best for this frosting to keep it thick.  If you're using maple syrup and the frosting is too thin, you can add up to 2 additional Tbsps of tapioca flour to thicken it.

**If you can have dairy, grass fed butter can sub in for the coconut oil and palm shortening.  Vegan butter will also work well.

What I Used To Make My Carrot Cake Cupcakes:

Want More Paleo and Nut Free Baking Recipes?  Try One of These!