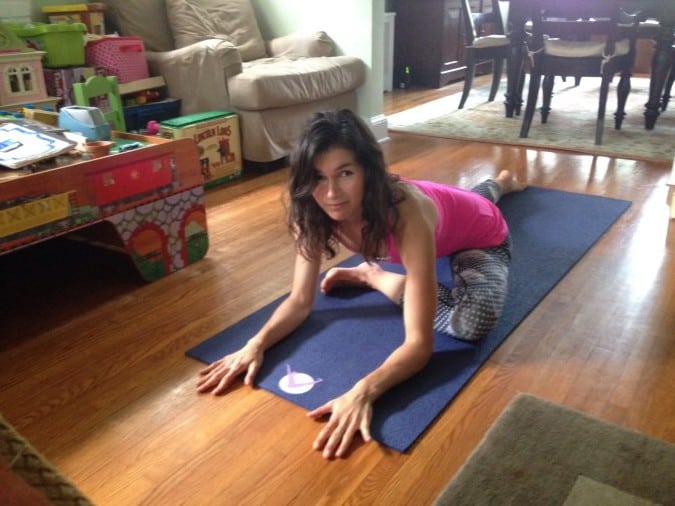 I’ve officially appointed Lesley Fightmaster as my therapist.  You might have noticed I link to A LOT of her online yoga classes in my weekly recaps.   It’s because she has a magical ability to heal my every ailment through a 30- minute-or-less yoga session.  Plus, she gets very specific with her titles, which I love.  Yoga for lower back pain, yoga for stress, yoga for anxiety, yoga for sleep problems, yoga for digestion, etc.  Yoga for motivation.

Yesterday before lunch, I grabbed my iPad and sat on my yoga mat hoping to find a video of hers that was “just right” for how I was feeling.  I couldn’t quite place my mood though.  I was tired both mentally and physically.

That was all that came to me.  I’m a big offender of using the “I just can’t” phrase, as shameful as it is (usually keeping it to myself) but yesterday I needed yoga to tell me that, “no, Michele, you CAN!” you know, little engine style.  Well, Lesley Fightmaster delivered once again, and now she is my therapist.  She can be yours too!  That’s the beauty of the internet –  sharing is caring 🙂

So let’s start Thinking Out Loud now, because I’ve really just scratched the surface.  We’ll start with yoga for when you…and then move on to kombucha, cookie dough ice cream, and my hair.  Yes, I’ve taken notes.

Yoga For When You…

So yoga for when you just @#$%^&* can’t is a must.  Someone needs to invent that class.  Here are some others that I’d find helpful and then you can share your ideas:

That was starting to get a bit too selfish and personal so I’ll have to pass it over to you now.  Although first I’m going to ramble on more about my own life, because   there are other topics at hand. 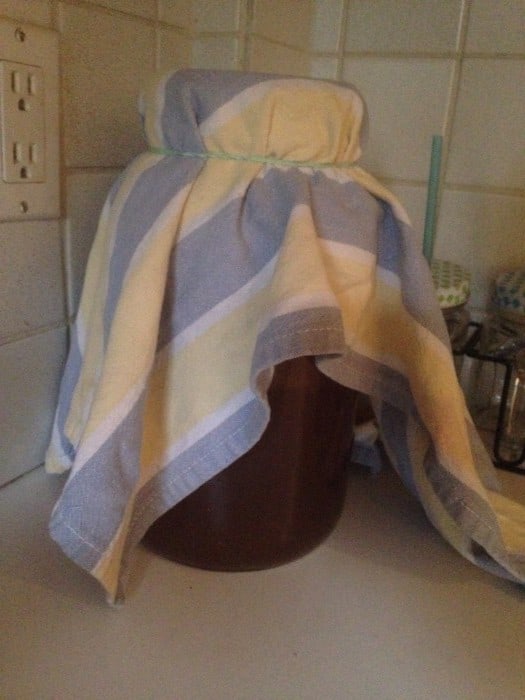 You guys, I would like an award because there is finally kombucha brewing in my kitchen after over a year of “meaning” to do it.  And Adam thinks I don’t procrastinate – he really has no idea.  Just kidding though because I don’t want or need an award, I’d just really like this batch to come out well because if it doesn’t I’ll be sad.  Like recipe heartbreak but probably worse, because it’s kombucha and I really flipping love kombucha.

I am so invested in this that I actually am mentally preparing myself in case it DOESN’T turn out well, like with pep talks.  As in “this kombucha is not a reflection of you, Michele, and whatever happens with it, you will be strong and get through it.”  Yes, I’m nuts thankyouverymuch.

On another note, Adam noticed that the kombucha’s style of dress is very similar to Drew’s 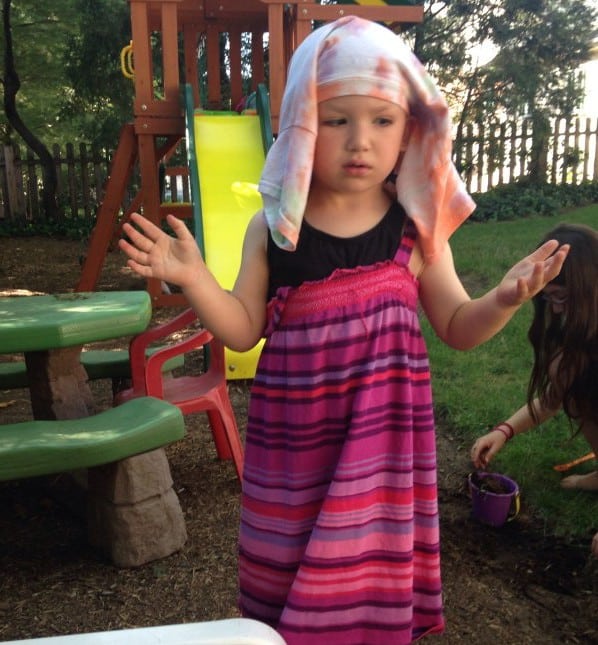 Which makes this batch of ‘booch an official part of the family.  How sweet 😉

Ice cream without cookie dough is not real ice cream 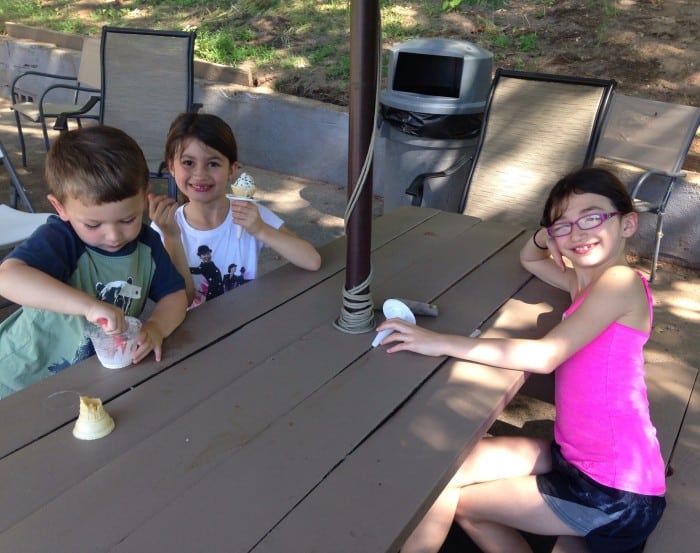 There’s a homemade ice cream place on the way home from gymnastics where my girls are in camp this week, so now we are stopping there every afternoon.  My kids are very smart because they all choose a cone with cookie dough ice cream.  My thought on ice cream (and I worked at Friendly’s in high school so I’m biased) is that there needs to be cookie dough involved to get the most out of it.  Brownie chunks and peanut butter cups are good too but chocolate chip cookie dough is king.  Drew is too little to eat ice cream off a cone but he still gets a huge kick out of eating the cone “on the side.” 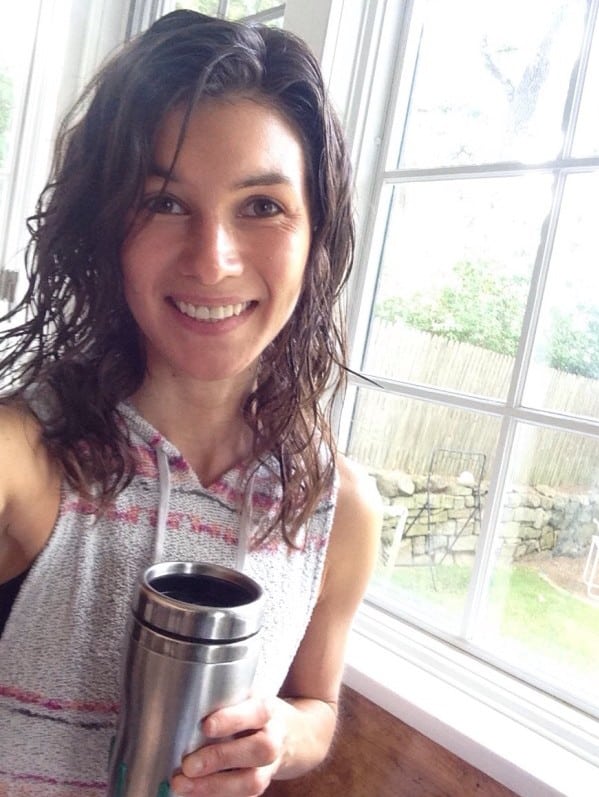 Yes, it DID take me 33 years to figure this out – but it turns out that if I don’t brush my hair (and if it’s not chemically straightened, which it was for years, duh) it’s actually kind of curly. I’m almost sort of having an identity crisis over it.

I knew that my hair was frizzy and wavy-ish but I truly didn’t realize that if I just didn’t brush it the minute I got out of the shower, it would dry in spiral waves.  I can’t say I love it this way and once the weather cools down I’ll probably go back to my flat iron a few days per week, but for now, I just can’t.  As in I just can’t blow dry and straighten it because it’s too dang hot and really pointless with the humidity.

Now back to the yoga fill in the blank – almost forgot!

What do you want the yoga in your life to do for you?  Yoga for….?

Also, do you let your hair “go natural” in the summer?  Any tips for non-frizzy wavy/curly hair?